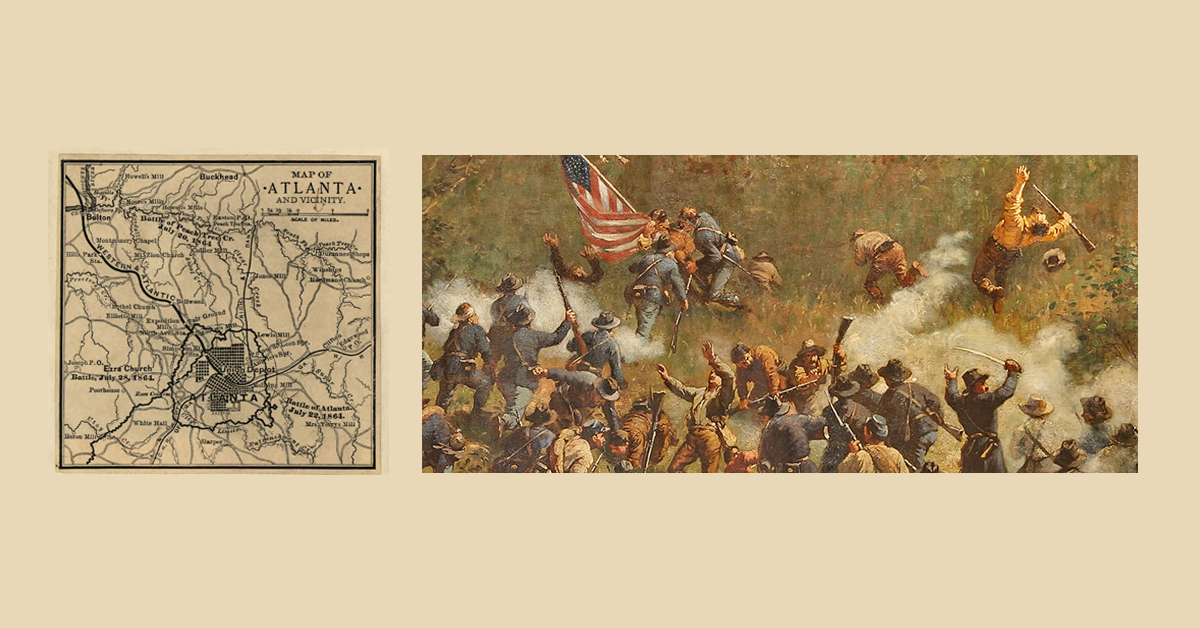 Join ECDS at the Atlanta Cyclorama on Wednesday, June 18, at 7 p.m. to launch the Battle of Atlanta Tour App. The Battle of Atlanta (July 22, 1864) figures prominently in the Union’s conquest of the Confederacy during the final year of the Civil War and in Abraham Lincoln’s re-election to the US presidency. The web-based mobile application combines a narrative of events by Daniel A. Pollock with maps, video clips, and images into a handheld resource directing visitors to twelve tour stops. The mobile app guides users to specific places to view physical traces of the battlefield, remnants of a Civil War fort and rifle pit, and monuments to fallen generals on opposing sides. 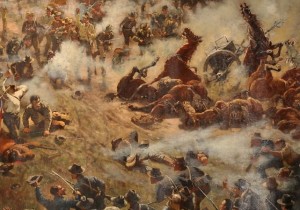 The twelve tour stops are listed in order of the battlefield events, beginning with the prelude to the battle, followed by stops where the first fighting occurred, proceeding to the site of an intense clash for strategic high ground, and concluding with the location of  the final and most famous combat action of the day. The app provides a recommended tour route, driving directions, and suggestions for parking at each stop. A typical tour takes three hours. Touring in pairs or groups is a useful way to identify features that a single person might overlook.

The mobile app also lends itself to learning about the Battle of Atlanta without an actual visit to the battlefield sites. It presupposes no prior knowledge of military maneuvers and events and can serve as a classroom resource for understanding a major Civil War battle. A companion essay about the Battle of Atlanta, published by Southern Spaces, includes more detailed information about each tour stop, lengthier profiles of opposing army commanders, an account of the battle’s aftermath and legacy, and recommendations for additional reading.

The Battle of Atlanta Tour App is a collaborative project of the Emory Center for Digital Scholarship (ECDS) and Robert W. Woodruff Library at Emory University.