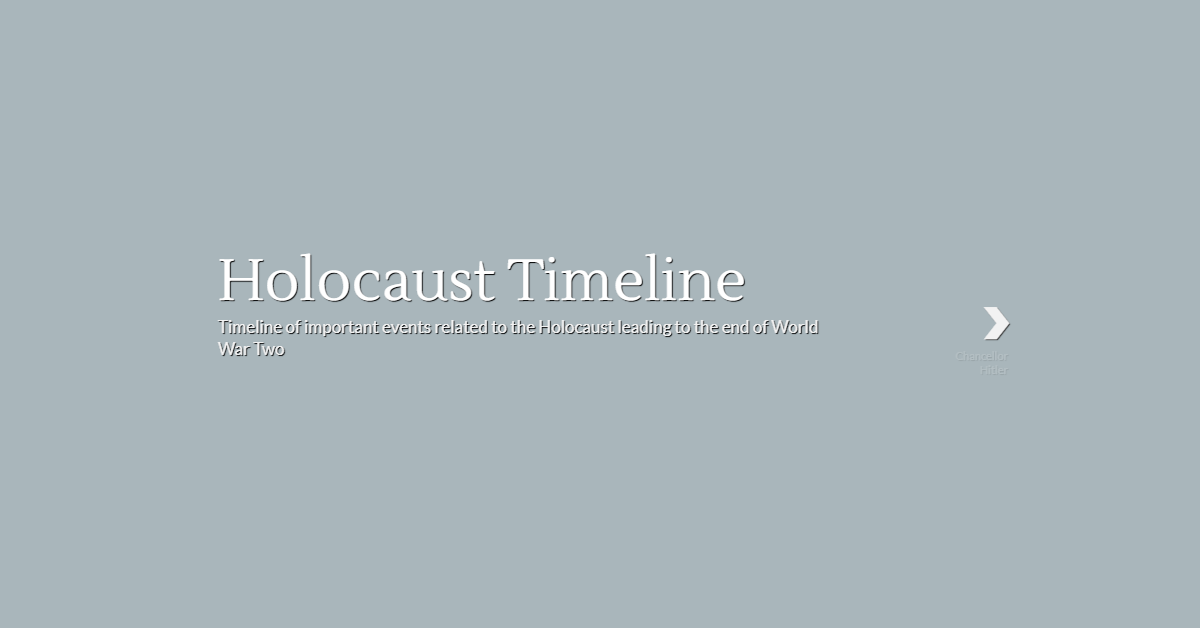 November 9th was the 78th anniversary of Kristallnacht. It has since become the International Day against Fascism and Antisemitism, a day when we ask ourselves: What happened before Kristallnacht to enable it? What events surrounded it? What did it lead to? And what does it mean for us if we forget? Part of this process is also remembering that it was not an isolated incident.

As part of Emory’s Holocaust Denial on Trial project (HDOT), to provide “perpetual access” and to “demonstrate power of truth over deception and history over hate,” we developed three digital timelines that document the Holocaust. Each timeline is an interactive and multimodal experience where users can click on events to learn more with the aid of historical images, maps, and videos.

The Holocaust timeline documents the Nazi rise to power and the events of World War II. Scrolling through it, we can see the systematic nature of the Final Solution from the early laws that enabled it, such as the suspension of civil liberties and the Nuremberg Laws, through the isolation of communities and the establishment of death camps. When all of these events are visualized, we see just how early Dachau was established: the very same year Hitler became Chancellor.

The Holocaust Denial timeline moves from the roots of historical revisionism to the various writers and organizations working against truth and memory. Many slides are linked to the Debunking Denial resources on HDOT so users can move in between the events and more detailed accounts of the truth.

The Judgment and Remembrance timeline progresses from the Nuremberg and Eichmann trials through the corporate apologies around the 50th anniversary of Auschwitz to the deaths of luminaries like Primo Levi in 1987 and Elie Wiesel in 2016. It includes also the ongoing archeological investigations of Belzec and Treblinka.

Opening these timelines can seem overwhelming. Knight Lab’s TimelineJS is designed for about 20 slides, and we’re pushing far beyond that. Our shortest timeline has 38 and the other two both have 126 slides. Events seem pressed together to the point that short titles are obscured or covered altogether. Even when the timelines are split into three separate groups, the information can still be difficult to take in.

I think that may have value in itself. The events should be bewildering and overwhelming, because they are the same events that lead to the need for this room:

Of the three timelines, the least overwhelming is the Judgment and Remembrance timeline with only 38 slides. Only 38 slides for remembrance, but 126 slides spent on Holocaust denial, the same amount needed to document the Holocaust in the first timeline. This means more effort has been spent on denying the truth of the Holocaust (and fighting against denial) than remembering and healing.

Going forward, let’s hope we add more to the Remembrance timeline and not a single slide to the Denial timeline.