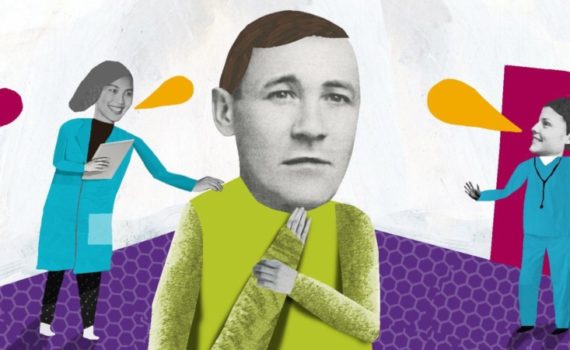 Everyone feels more or less comfortable talking one-to-one or in small groups, sometimes depending on how well you already know the group. Early in my career, I tended to keep to myself, or to talk with only one or two people already familiar to me. Even today, that’s my comfort zone.

Also early in my career, I had a chance to see two ends of the spectrum. The woman who owned the small company where I worked was always at ease; she could talk with anyone and win them over. A senior colleague in the same company had a much harder time; he came across as aloof and distant. Once I got to know him, I learned that he was warm and funny and knew a lot about a lot, even outside of our work area. All the same, I could see that in most professional settings, where people did not know one another well, she was having much more influence than him.

I realized that I would never be like her, but that I could take advantage of my strengths to be more like her. I prepared. I practiced having conversation starter questions (not weather, sports, or “how are you”), I learned what I could about the people I would meet in advance, and I made an effort to get better.

This article has some of the same themes. The founder of Ritz Carlton says that people make a decision about you in the first nine seconds after they meet you. They may eventually change their mind, but it’s hard to overcome a poor first impression.

You can influence that first impression by being prepared. Smile, say hello, and ask one or two slightly different questions, which you have prepared in advance so they will come easily to you. Most importantly, practice. Put yourself in situations that stretch your comfort zone now, early in your career or as a student, and hone a skill that will be useful throughout your career.