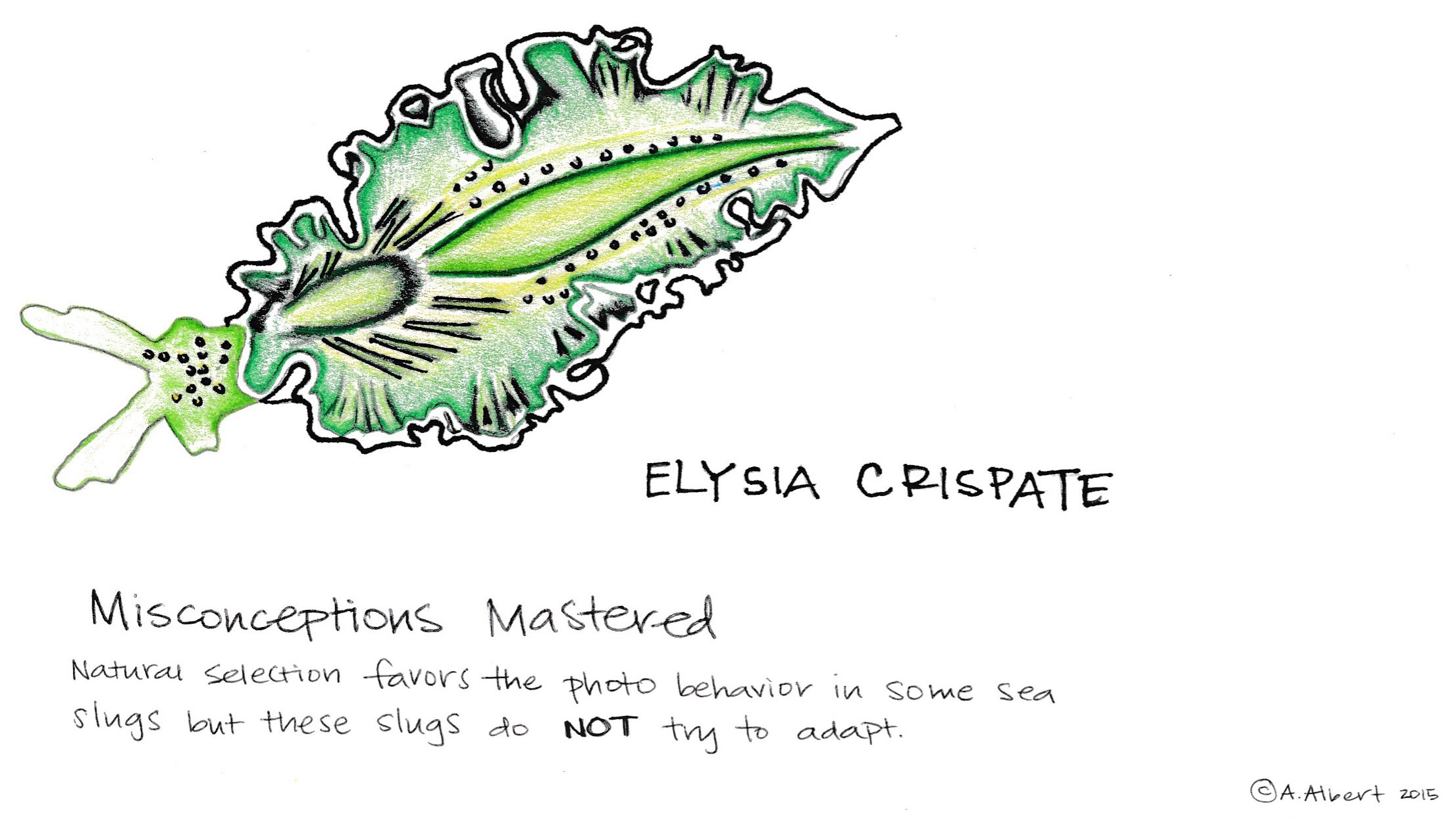 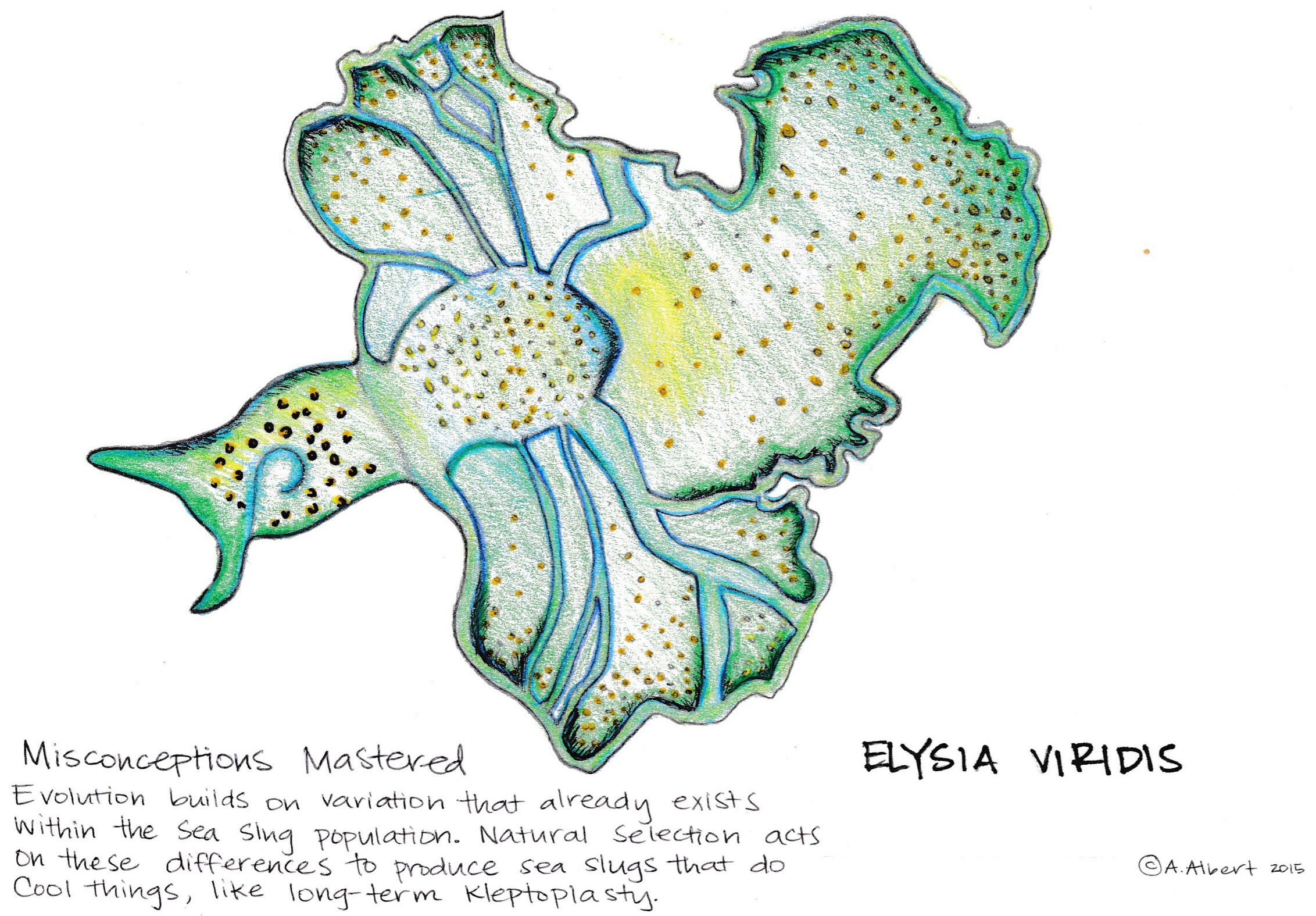 So how is it possible that sea slugs have chloroplasts? Aren’t chloroplasts only in plants?  The key to photosynthetic capable sea slugs is symbiosis. Algal nuclear genes in the sea slug digestive cells encode for chlorophyll synthesis, giving slugs green coloring, and chloroplast proteins, which later become incorporated into the slug’s DNA to get passed onto offspring. For some species of Sacoglossa, these internal or endosymbiotic chloroplasts can be maintained long-term if the slug possesses the nuclear DNA required for photosynthesis. For other species, continual feeding on algae is necessary for long-term, sustained kleptoplastic ability. Cool, right? Since the chloroplast is not native to the sea slug, important behavioral, morphological, and biochemical adaptations have evolved to maintain this symbiosis and kleptoplasty (Schwartz, Curtis, and Pierce 2014, Schmitt, Valerie, et al. 2014). 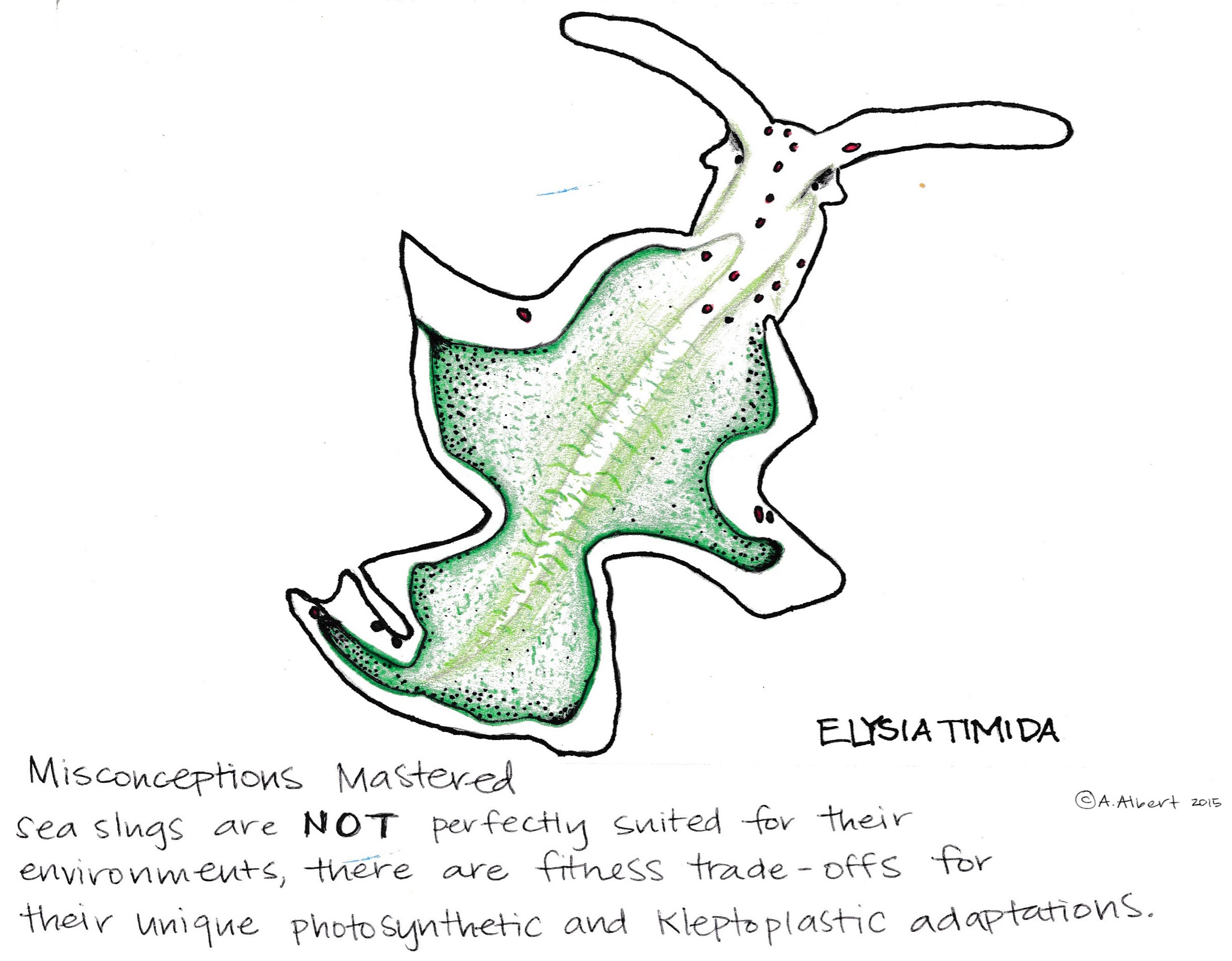 So how do these photosynthetic sea slugs use these chloroplasts?                               Sea slugs adjust their parapodial lobes, lateral fleshy protrusions on their bodies used for movement, to manage light harvesting. When the parapodial lobes are extended, chloroplasts are exposed to direct sunlight which is then used as an energy source, a process known as phototrophy, as seen in plants. When doing this, sea slugs often resemble leaves. This leaf-like appearance aids in camouflage and avoidance of ocean-floor predators like crab, lobster, and fish (Schmitt and Wägele 2011). This unique behavioral adaptation has evolved to retain endosymbiotic chloroplasts. 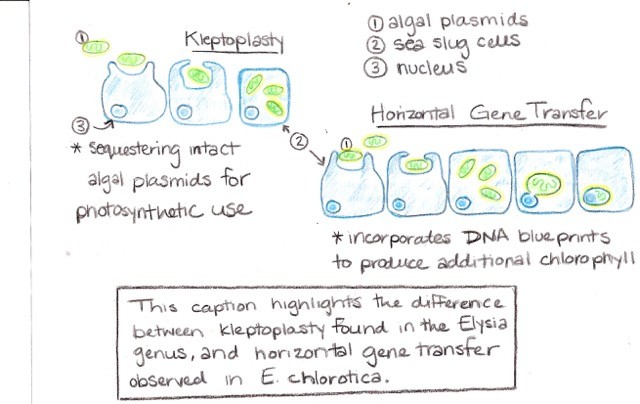 For more information about the photosynthetic qualities of sea slugs, consult these sources: