Oh How Routines Have Changed, by Lauren Flamenbaum 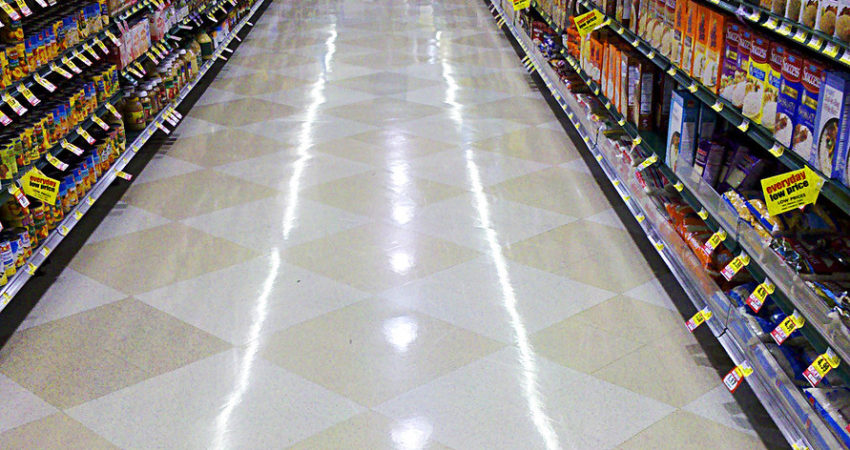 Oh How Routines Have Changed

I took field notes as I went grocery shopping in Publix during the early days of quarantine and wrote this short ethnographic piece in the style of Horace Miner’s article on the “Nacirema,” (‘American’, spelled backwards). The  idea to try to observe and document human behaviors and settings from a cultural distance, to generate a different perspective on everyday habits, beliefs, and routines.  This short ethnographic narrative was produced for ANT/THEA 377W “Fieldwork into Performance,” taught by Prof. Debra Vidali in Spring 2020.

It was a sunny Thursday afternoon when I decided to venture into Xilbup. As I stumbled through the glass gates, a strange sight came to my attention. Individuals walked into this space, grabbed onto a certain metallic carriage, and pushed it around; it seemed to guide them through this place like a compass. They navigated these carriages throughout the maze of shelves which were covered with an assortment of differently shaped and oddly-colored containers. In each corridor, these containers were displayed according to different categories.

As these carriages moved around, a symphony of squeaks was curated giving me whiplash as my attention was directed to each carriage as it passed by me. Along with these carriages, individuals carried tiny pieces of material that appeared to map out their journey in Xilbup. Within these carriages, the pile size varied greatly, maybe signifying the individual’s status within the Xilbup. For instance, in one section of Xilbup, individuals picked up and caressed brightly colored sweet-smelling spheres while a few plopped some in their mouths. In another, individuals barked orders at another individual to carve rotten flesh into desirable quantities; some people wanted small portions while others wanted large portions. For some items, shelves were stocked high to the ceiling whereas in others they were empty symbolizing the rareness of these items. As I walked around making my observations, many individuals looked away and kept their distance as I wondered why this community despised strangers. After a while, a loud resounding voice boomed from an unknown source telling individuals to begin to exit the Xilbup within the next 15 minutes. Individuals huddled into a linear formation at the front of Xilbup while they waited for their carriages to be investigated. Some pulled out mysterious scraps of fibrous substance and handed it to other individuals for approval. When this was done, individuals were free to exit the Xilbup.

Oh How Routines Have Changed

“of the body that carries it” by EEE-member Sasha Tycko, 7/18