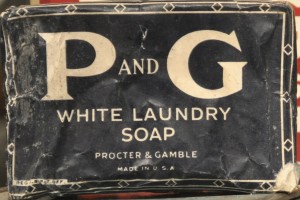 October 31, 1837: Two European immigrants, William Procter and James Gamble, happened to marry sisters Olivia and Elizabeth Norris in Cincinnati in the early 19th century. Their father-in-law Alexander Norris convinced Procter, a candle maker, and Gamble, a soap maker, to join their businesses since they used common raw ingredients. Starting with total assets of just over $7,000 at the time, 179 years later, P&G has $129.5 billion in total assets and had over $70 billion in sales in 2015.

Winning with the P&G 99: 99 Principles and Practices of Procter & Gamble’s Success