The Importance of Grave Robbery during the 19th and 20th Centuries 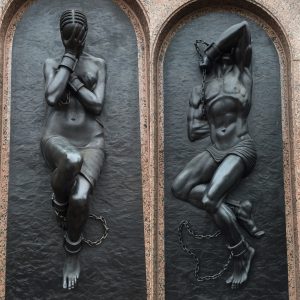 Statues from Freedman’s Cemetery Memorial in Dallas, Texas. This cemetery is one of the African American cemeteries that was often robbed. Image courtesy of Maribel Rubio

Grave robbing African American cemeteries was prominent during the 19th and 20th century, which probes a question: why were these bodies stolen? To answer this question, one needs to understand a few details about the circumstances leading to the thefts. First, there was a surge in the number of medical schools in the US that created an increased need for cadavers in anatomy labs. Secondly, the belief in having a “proper burial” to honor the dead became popularized among African Americans because they were denied the right to hold a memorial service for the dead during slavery. Lastly, the importance of proper burials meant that most Americans were unwilling to donate their loved ones dead body to medical schools because dissecting cadavers was viewed as taboo. To meet the needs for cadavers in medical schools, several secretly hired grave robbers to rob bodies from African American cemeteries because black people were legally and socially unable to protect themselves, especially during the 19th century when thousands of black people were enslaved and lacked any agency. Some Northern anatomy professors even forged agreements with Southerners to ship black cadavers in barrels to the north for dissection purposes. The implications of using majority black bodies resulted in the dehumanization of black people in the medical system, a lack of trust between black people and medical researchers, and reticence of donating bodies to medicine within the black community. The disproportionate use of black bodies for dissection purposes also unconsciously formed a views of black people as only medical experimentation material, which has a significant history in the US from the use of Henrietta Lacks’ cancer cells for research without her consent to the Tuskegee Experiment. Thankfully, the exploitation of black cadavers and grave robbing has ceased years ago in the US, and medical schools have become cognizant about honoring cadavers by holding memorial services for the dead at the end of their anatomy courses as well as implementing policies to respect the dead, such as not allowing photographs or video recordings to occur in labs.

This entry was posted in cadaver and tagged grave robbing. Bookmark the permalink.