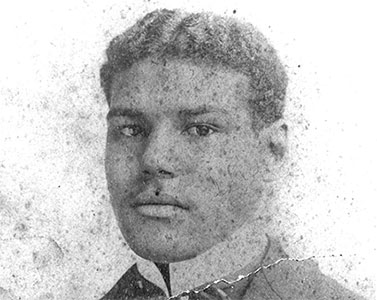 MARBL Blog entry about John Biggers, another African American artist whose collections are housed in MARBL

As a literary scholar, I find it refreshing to take on historical projects in my second life as a graduate student archives processor in MARBL. I love getting to know figures I would never otherwise have encountered. But I became unusually drawn into the story of Edwin A. Harleston, and I will remember this collection long after I have left Emory. One of the South’s first African American portrait artists to earn some commercial success, Harleston had a rich personal and professional life that at times bordered on the Southern Gothic.

Harleston is perhaps best remembered for the Harleston Studio, which he and his wife founded in Charleston, South Carolina in 1922 to promote her photography and his portraiture. But researchers will find that Harleston’s place in Charleston went far beyond his renown as an artist. I was delighted to uncover the typescript of a World War I play he wrote, as well as many theatre programs from the 1910s and 1920s that document his activities as an actor, playwright, and director. Fragments of manuscripts for speeches to the Charleston Branch of the NAACP, which he helped to found, also show his proclivity for politics. 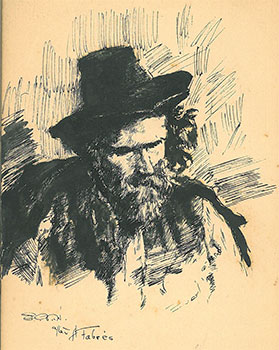 Harleston's sketchbooks and drawings will be a big draw for researchers. These show the development of his traditional portraiture aesthetic that often put him at odds with the New Negro Movement. Coming from a literary perspective, I noted that Alain Locke's anthology The New Negro came out in 1925, three years after Harleston began to gain widespread recognition. The principles of the movement do not resonate with Harleston's traditional themes and techniques, and his career struggled accordingly both within and beyond the African American community. Many of the sketches and drawings MARBL now holds were produced during Harleston's time at the school of the Boston Museum of Fine Arts, where he was the only African American in his cohort of over 200 students. 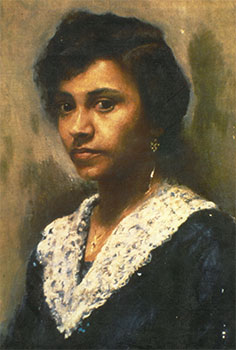 A quieter story that emerged as I processed the collection was that of Harleston's wife, Elise. Her story comes through most strongly in the hundreds of letters the couple exchanged during their seven-year courtship and marriage. The letters reveal Harleston’s vision of a marriage based on artistic collaboration that Elise never fully settled into. At her husband’s urging, Elise attended photography school and became South Carolina's first documented African American woman photographer. Although we cannot be certain of the provenance of some of the photographs we found among Harleston's artwork, it is likely that Elise took several of these photographs, particularly the ones that became models for Harleston's portraits.

One of the most difficult matters from a processing perspective was how to handle the massive amount of research compiled by Edwin and Elise Harleston's niece, Edwina Harleston Whitlock. She assumed the role of family archivist, building massive research files from the 1960s-1990s. She also undertook several unpublished book projects on the life of her uncle. Whitlock's daughter, Mae Whitlock Gentry, continued Harleston’s biography when her mother no longer could. 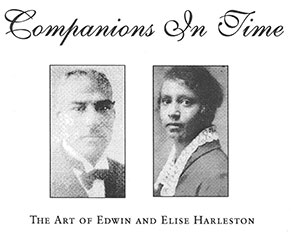 While Whitlock and Gentry never managed to produce a biography of Edwin Harleston, dozens of typescripts with radical revisions testify to their decades-long devotion to documenting their family history. The most polished attempt came in the early 2000s with Mae Whitlock Gentry’s Companions in Time: The Art of Edwin and Elise Harleston. The manuscript features Elise Harleston's career alongside her husband's, retelling the Harleston story through the letters the couple sent back and forth during Harleston’s long absences. I found this approach particularly affecting after having dated and arranged many of these personal letters myself.

The research and writing that did not amount to publications in Whitlock's lifetime will now be widely available to researchers. I was glad to have a place in continuing the preservation and documentation of the little-known lives of Edwin and Elise Harleston.