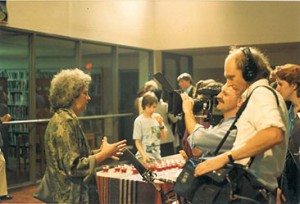 In 1990, on the occasion of playwright Rebecca Ranson‘s forty-seventh birthday, the writer and poet delivered a public performance in Atlanta while in character as her alter ego, Brownie Broadway. The dialogue, performed with call-and-response audience participation, recounted the most important experiences in the playwright’s life, including her pregnancy at age seventeen, her first marriage at twenty, her father’s death from cancer, her second marriage at twenty-seven, and other pivotal personal moments. In terms of her professional career, perhaps the most significant event recounted in the dialogue was at age thirty-one, when Ranson was “seduced by a woman, by a lesbian.” “She and I are passion/All we do is make love,” Broadway/Ranson remembered in the dialogue. 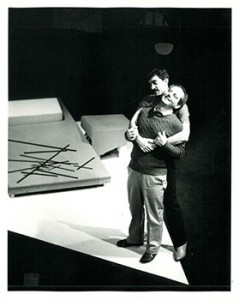 The key people in Ranson’s life often inspired her to create works of art. Having this first lesbian encounter in the early 1970s, Ranson later wrote a trilogy of plays, entitled Desperadoes (1982), to celebrate her time with this lover. A year after her first lesbian experience, at age thirty-two, Ranson fell in love with another woman, a prison inmate incarcerated in North Carolina. Emboldened to “feel tough, mean, slick” by this relationship, Ranson subsequently penned The Incarceration of Annie. Rebecca Ranson created dozens of fictional plays featuring hundreds of characters, but often drew themes and ideas for these works from the experiences of her own life. For example, the characters in the play Origins, the first installment of the Desperadoes trilogy written for Ranson’s initial female lover, are thinly-concealed versions of the important actors in Ranson’s own life. At the height of the action in the play, the character Marouka successfully seduces the character Hallie, with Hallie therefore realizing her own lesbianism. Ranson thus sublimated her own stories into the plays that she produced for public consumption, filling her works with themes of self-discovery and self-realization. Ranson’s later plays more directly reflected her growing activism in Atlanta’s LGBT scene, especially with regard to the AIDS crisis in the 1980s and 1990s. Perhaps the most widely-performed (from Atlanta to New Haven to Los Angeles), Warren (1984) told the story of Warren Johnston, a friend of Ranson’s who died of AIDS in a San Francisco hospital. Not content with expressing the challenges of the LGBT community via the stage, Ranson joined her concern with the AIDS experience with a commitment to social activism, serving as executive director of the advocacy group Southeastern Arts Media Education (SAME), an LGBT arts organization based in Atlanta. 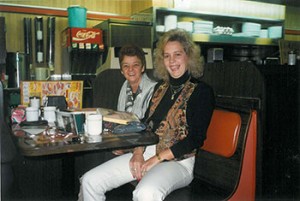 The most perplexing irony of the Rebecca Ranson papers is that they simultaneously reveal (on one hand) an enviable productivity and (on the other) the deep insecurity and hesitance of their creator. Ranson’s notes and diaries contain innumerable admonishments to herself to become more organized, to stop wasting time, and to be more industrious. Yet such self-criticism seems nonsensical in light of the sheer quantity that Ranson accomplished during her professional career. Not only did Ranson find time to write dozens of plays and also run an extensive arts advocacy organization, but she also interviewed and recorded for posterity the stories of many long-time residents of historic Atlanta neighborhoods like Edgewood, Kirkwood, and East Atlanta. Ranson’s self-thrashing is belied by the extraordinary achievement displayed within a diverse set of professional activities, and perhaps reveals her penchant to never stay satisfied and to always do more. The Rebecca Ranson papers, along with other LGBT collections in MARBL, will serve as a valuable resource for researchers and scholars interested in art, community activism, and oral history, and will prove especially valuable in studying the intersections of these various fields.