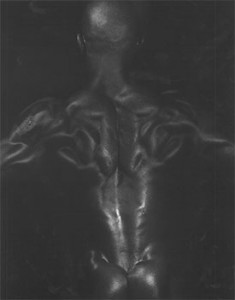 Emory’s Manuscript, Archives, and Rare Book Library recently acquired the papers of New York photographer Dianora Niccolini. Niccolini is best known for her fine art portraits of male models and athletes. Her photographs have been featured in numerous anthologies and are today housed in museums and private collections throughout the United States. The Dianora Niccolini Papers at MARBL contain original artwork, including negatives, slides, paintings, and sketchbooks, subject files related to teaching, research, and art shows, and an array of printed material from 1930-2013.

Born in 1936 in Florence, Italy, Niccolini immigrated to the United States at age eight. Her parents settled on Long Island and later in Panama. At eighteen, Niccolini moved to New York City, where she enrolled in classes at Hunter College, the Art Students League, and the Germain School of Photography.

Niccolini recounts her experiences of 1960s New York, noting that “it was a fantastic time for art.” The city, “which was much more affordable then,” teemed with artists, writers, and other creative types. New York, she recalls, exuded a “vibrant energy.” It was during this time that Niccolini met famed press photographer Arthur Fellig, better known by his pseudonym Weegee (1899-1968), whose black and white photographs of crime scenes and city life have become iconic examples of American street photography. Niccolini was enthralled by Weegee’s experimental photography, such as his cut glass pieces. Niccolini, who had come to New York intent on pursuing painting, was enticed by photography’s “ability to manipulate reality.” She remembers her interactions with Weegee as the first time she realized that the camera could be used as an “artistic tool.”

Simultaneously Niccolini debuted her artistic photography in 1974 in her first solo show held at Third Eye Gallery. In a 1975 New York Times review, Gene Thornton observed that Niccolini’s work “come[s] about as close to idealization as is possible in photography […] The result is a general statement about the essential beauty and goodness of humanity […]” In Niccolini’s hands, the human form becomes divine, and it is Niccolini’s mastery of chiaroscuro that drives this apotheosis. While it is easy to admire Niccolini’s work for its beauty alone, it is clear that for her, the ability to admire the beautiful is also deeply political. 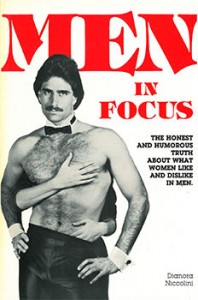 This is perhaps most evident in Niccolini’s Men in Focus project from 1983, in which the artist combined portraits of male subjects with commentary from interviews she conducted with dozens of women. Niccolini, who identifies as a feminist and was active during the women’s movement of the 1960s and 70s, noted the hypocrisy of social mores that allowed men to physically admire women but not the other way around. In a radical effort to challenge what scholars of film and visual culture have called “the male gaze,” Niccolini set out to acknowledge and foster female viewership. Niccolini even designed the prototype for a female-centric video game entitled Men Watching, which was intended to accompany Men in Focus. 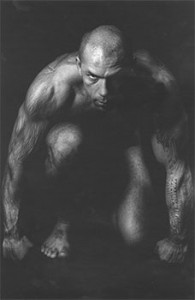 Niccolini cites her inclusion in Feminists Who Changed America, 1963-1975 (ed. by Barbara J. Love) as one of her greatest accomplishments. And it is in the spirit of preserving these achievements and her life’s work that Niccolini placed her papers at Emory’s MARBL. Niccolini was introduced to MARBL by Emory alumnus William “Bill” Zewadski, an established art collector. Zewadski, who is very knowledgeable about the history of photography, has followed Niccolini’s career for years. Niccolini also credits Zewadski with helping her place over a dozen of her photographs into American museums.

This collection documents Niccolini’s career as a pioneer female photographer, one who envisioned a world as idyllic as the human forms to which she paid homage. The Dianora Niccolini papers enhance MARBL’s existing photographic holdings by offering valuable insights into the history of American photography, a history enriched by Niccolini’s bold and enduring presence.