Anthony Dukes is a 10th-grader from the Atlanta area who attended MARBL’s Research Round-Up and completed independent research at MARBL in preparation for the National History Day contest. National History Day is an American academic competition focusing on history for students in grades 6-12. The following post was written solely by Anthony. 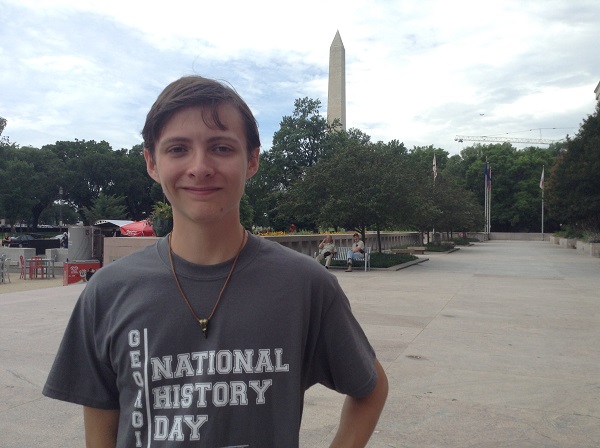 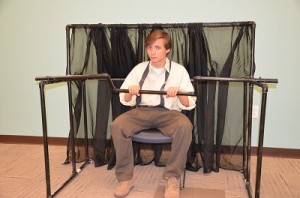 I’m a home-schooled 10th grader and competed in the Senior Division Individual Performance category. This year the Theme was: Leadership and Legacy in History. I chose to do research on the Civil War submarine, the H.L. Hunley. I chose this because, we (the United States) are in the final year of the Civil War Sesquicentennial and I felt it would be appropriate. The Confederate Hunley submarine was the first to sink an enemy warship and also had many technological advances which pertained to the Leadership theme. The Legacy part of the theme was fascinating in that it was recently found and archeologists are still working on the sub at the Warren Lasch Conservation Center in Charleston, SC.  So, I started several months of doing research, traveling to Charleston to view the sub, visiting museums, archives and libraries, including the National Archives at Atlanta and the MARBL library at Emory University. I even conducted several interviews including an archaeologist who works on the sub, and locating and interviewing a descendant of one of the crewman onboard the Hunley,  Then, I wrote a script for my performance to include all my research, fashioned a costume, designed my props, constructed a portable set and rehearsed like crazy. I placed within the top two performances at the Regional Level, then within  the top two at the State Level which means I got to go to  the University of Maryland for the National Competition held on June 14-18.

There is a tradition of state pin trading during the contest. Our Georgia state coordinators, Kevin Shirley and Laura McCarty gave 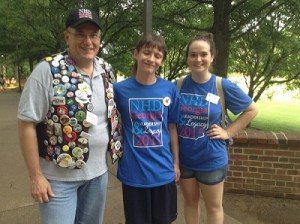 us GEORGIA HISTORY pins to trade, the goal being to acquire all the other states as well as country affiliates such as China, Korea, Guam, etc. This is a good way to meet other people and to strike up conversations with complete strangers. Negotiation is another skill learned on how to trade what pins you have for what pins you want.

So, on Sunday, traveling to the University of Maryland for the opening ceremony, pins in hand I set out to find my fellow Georgians and begin my pin quest.  After trading pins I go back to my motel to practice. Monday is the Junior Division competition day. This is a good day for those in the Senior Division to go sight seeing around Washington, DC and to put the finishing touches on their projects and get some more rehearsal time in before the big dance on Monday night. The student dance is always a lot of fun and very loud!  Tuesday is competition day for all the categories in the Senior  divisions. This is my competition day and even thought it didn’t go as planned, I’m glad I got to work though it and compete. Wednesday is judging for the finals of the Senior division. I watched the performances and looked at the exhibits. On Wednesday night, the National Museum of American History stayed open late just for the students attending National History Day to browse the museum and look at the students exhibits of NHD. The last day is the awards ceremony, it starts with the Affiliate Parade and it is like a giant party. Everyone is relieved that the competition is over and excited to learn who is going to win in each category. These proceedings were streamed live over the History Channel, so our supporters at home and everywhere else can watch. 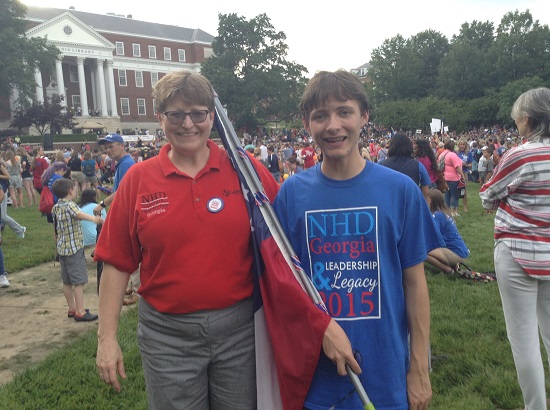 While I didn’t win any major awards, I did get a ribbon from the Library of Congress website: Chronicling America for using their website in my bibliography citations and I won a special award nominated by the Georgia Humanities Council from The National Maritime Historical Society- Excellence in a Project on Maritime History Award.

National History Day is obviously not just about a single day. This was a project that I had to develop over the school year. But it’s not just about a single project either. The learning process involved from taking an idea, researching information at great lengths and taking that information and presenting it to others to learn about the subject is a valuable skill that will last me throughout my life. Meeting archivists, librarians, scientists, researchers and other students has given me a sense of accomplishment and a feeling of camaraderie that makes me want to become a lifelong learner.