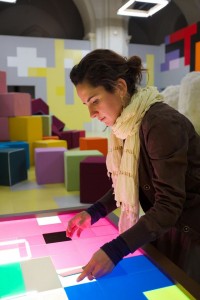 Elizabeth Fielder recently received her Ph.D. in English from the University of Mississippi.

With a generous fellowship from the Stuart A. Rose Manuscript, Archives, & Rare Book Library at Emory University, I researched materials for additional chapters that will contribute to a project on grassroots cultural activism during the Civil Rights Movement. The book extends from my dissertation “The Radical South: Grassroots Activism, Ethnicity, and Literary Form, 1960-1980” recently completed at the University of Mississippi that examines the intersections of forms of cultural expression–such as performance, radio, and literature–with local activism. I focus on a region I define as the radical South, a transnational and multiethnic network of community organizing that combined politics and art. During my tenure at the Rose Library, I explored the collections of Doris Adelaide Derby, John Oliver Killens, Katherine Dunham, Alice Walker, and Karamu House in order to broaden my understanding of the relationship between performance cultures and progressive politics. In what follows, I will briefly describe each collection, its highlights, and how my findings connect with my research interests.

The Doris A. Derby papers

Doris A. Derby has been a community activist since the early days of the Civil Rights Movement whose life work has foregrounded culture as the path to political action. Her papers provide a deep insight into the grassroots organizing of the Civil Rights Movement in Mississippi and reveal the early Black Arts/Black Nationalist sentiment that burgeoned in small rural communities in the South, emerging simultaneously with the urban movements in the North and West. She was an original founding member of the Free Southern Theater, an activist theater group that is an integral part of the radical South network–and the subject of the first chapter of my dissertation. Her notebooks on theater reveal the importance of German Marxist dramaturge Bertolt Brecht and other avant-garde theater movements from Italy to Mexico to the Soviet Union. Evidence of this extended transnational relationship between artistic form and political identity bolsters my argument that the Free Southern Theater used performance as an innovative tool that transitioned jazz aesthetics to visual culture, what I call visual jazz. 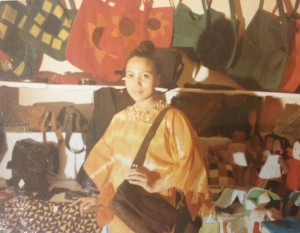 Derby’s commitment to the cooperative movement–which included craft and agriculture collectives– has greatly impacted my project as I more deeply understand the connection between political organization of cooperatives as a parallel part of labor and artistic reform. For example, the issues and goals of the okra growers of the West Batesville Farmer’s Cooperative affiliate with the Freedom Quilting Bee collective, leather workers, and sewers of rural communities. The greatest challenge to a critical approach to the cooperative movement is the futility of separating agricultural labor, craft work, the arts, and politics. However, their complex fusion is also an asset as it guides the scholarly conversation toward interdisciplinary approaches to the Civil Rights Movement. Central to the Derby papers–and my project– is the intense connection between political movements, such as the Poor People’s Corporation, Headstart, the Mississippi Freedom Democratic Party, and cultural initiatives such as Liberty House and Southern Media. Derby and her work need more critical attention as she is a living activist, international figure, and chronicler of the Movement. The collection is a great resource to those studying Black Arts, grassroots activism, and the Civil Rights Movement.

When I encountered an article from the Long Island Press of a woman named Mrs. Leo Felsen (first name Ruth perhaps?), a woman from Flushing, Queens who went down to Mississippi to work with the sewing cooperatives. I was born and raised in Flushing and have intimate experience with Mississippi from my graduate studies. Thus, it was a strange connection that a woman from my hometown was brought to Mississippi because of her interest in the Movement. Moreover, it gave me an insight as to how widespread information about the cooperatives were on a national level.

John O. Killens (January 14, 1916 – October 27, 1987) was a black author from Georgia who was active in the literary community of New York. I initially requested the John O. Killens papers because of his proximity and connection with the author Julian Mayfield– whose writing is the focus of the second chapter of my dissertation. I was particularly interested in an article written by Harold Cruse titled “Reply to Julian Mayfield–Being a Challenge of a Challenge.” This long and extended rant of Cruse’s is typical of his effort to criticize the black literati. However, there were two other aspects of the collection that overshadowed Cruse’s article. The first was the “Report of the 7th Annual Highlander Folk School College Workshop: April 1-3, 1960” by Septima P. Clark, which recorded a germinal meeting in the planning of Freedom Summer. The meeting developed many pivotal Civil Rights platforms such as the decision that “white students would be welcomed” in the black liberation movement. Additionally, the collection hosts a paper on Guyana by Ann Cook, a contributor to The Black Women anthology edited by Toni Cade Bambara. From additional material in the Derby collection and my knowledge of Julian Mayfield’s involvement in Forbes Burnham’s government, I continue to see Guyana’s importance in black nationalist politics, black cosmopolitanism, and the cooperative movement. 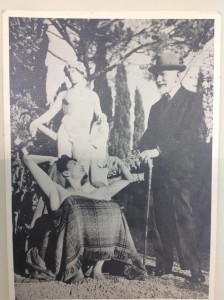 The main collection of Dunham’s papers is located at Southern Illinois University, where she taught for many years. The Rose Library collection mainly contains her correspondence with the art historian Bernard Berenson. Despite the fact that he was forty years her senior, they were extremely close–almost romantically involved–and their letters reveal an intimate side of Dunham and her insecurities. She writes often about her struggle with depression that haunted her through the decade (1950-9) in which the letters were written. In relation to the ballet Southland, Berenson initially dissuaded her from producing the ballet. Her vehement and even angry response evidences her commitment to the political possibilities of art.

Karamu House was a cultural organization for the arts founded in Cleveland, Ohio in 1915 and epitomizes the longevity of cultural activism and the importance of integrated, progressive performance in the history of U.S. theater. Karamu House has consistently performed an eclectic mix of plays from a plethora of time periods, countries, and traditions. Its seemingly random offshoots–such as a dance company and a NASA science group for children– reveals how the intersections of politics, art, and education have had few dividing boundaries in marginalized communities. Karamu House joins the Federal Theater Project and the Free Southern Theater in its importance to black culture and politics. Of particular importance to me was the participation of Gil Moses, a founder of the FST along with Derby. As a young actor training at Karamu House, he developed not only his acting skills, but his dedication to cultural activism that would later influence his vision for the Free Southern Theater. Karamu House’s 40th anniversary conference titled The Arts and Social Change featured speakers from all aspects of art and politics and provides a microcosm of cultural activism. It highlights how cultural activism placed political, generational, and racial/ethnic identity second to collaboration.

Additionally, their collection of dance performances exemplifies the aesthetics of cultural activism. Within these aesthetics– that I define further in my dissertation–artistic production, specifically performance, collage together global techniques and influences with the needs and interests of local communities. To use the Karamu House dancers as an example, a single dance review would combine European baroque court dances, African-inspired drum dances, and modern dance to spirituals. In this way they connect to the next collection I requested of Katherine Dunham. Dunham developed a technique of modern dance that emphasized the holistic dancer that centralized both their physical and cultural education. Both collections contained dance performances named Southland (for Karamu, it was titled Southland Sketches) that were inspired by the paradoxical combination of beauty and racial violence of the Jim Crow South. Dunham’s ballet contained a lynching scene, which Karamu’s had a dance performed to “Strange Fruit,” the haunting song performed by Billie Holiday that describes a Southern lynching. 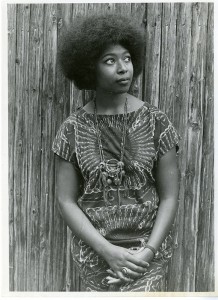 This is an extensive collection of contemporary black author, Alice Walker, that I did not have the time to fully explore. I focused mostly on Walker’s interest in Mississippi grassroots activism and cooperatives. Doris Derby’s writings and ephemera on the cooperative movement reminded me of themes of self-help and women’s work in Walker’s novels The Color Purple and Meridian. Walker was personally connected to the Civil Rights Movement through Mel Leventhal, her boyfriend-then-husband who worked as a lawyer in Mississippi. When Walker moved to Jackson, Mississippi, she involved herself in education programs and other programs that affiliate her to Doris Derby. In fact a couple of photographs in the collection were taken by Derby. Walker’s unpublished story “Ed Sparrow” deals with the theme of the cooperatives and reveals how she developed themes that would appear in her later novels.

The highlight of the collection for me was exploring the depth of Walker’s feminism. This includes her extensive correspondence with women active in the feminist movement, especially Gloria Steinem, and her speeches and writings that emphasize positive role models and a woman’s perspective.