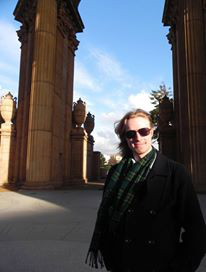 I spent a week in the Emory Stuart A. Rose Manuscript, Archives & Rare Book Library reading through Leon Sullivan’s papers. I’m working on a dissertation of the U.S. anti-apartheid movement, particularly its diplomatic and transnational aspects. Leon Sullivan was one of the better-known Americans working to undermine apartheid, but he also established close links with the U.S. government. He tried to present himself as a more moderate activist and his approach as the best chance for a peaceful end to apartheid.

Leon Sullivan was a Baptist minister and civil rights activist who became best-known for the work he did in Philadelphia trying to improve the economic circumstances of the African American community. Sullivan believed that the key to improvement was better access to jobs, which he worked toward by setting up boycotts of employers in Philadelphia that refused to interview African Americans. This proved to be so successful that Sullivan began to cooperate with the Southern Christian Leadership Conference on joint campaigns. Sullivan next founded a group called Opportunities Industrialization Centers that were aimed at job training to help people rise out of poverty. Sullivan championed a number of other community investment groups and plans that gave him increasing public visibility.

In 1971, Sullivan was elected to the board of General Motors, the first African American to be appointed to the board of a major corporation. Sullivan’s interest in South Africa also began to grow in the early 1970s, in no small part because of similarities between apartheid and civil rights issues in the United States. He applied his philosophy of economic self-development to South Africa, suggesting that American companies should contribute to the well-being of their employees by eliminating workplace discrimination, raising pay, and creating social welfare programs. In this way, Sullivan hoped to undermine apartheid from within by creating a black middle-class. These rules became known as the Sullivan Principles, and using his position in General Motors he began to enlist other American companies operating in South Africa to abide by the principles that he devised.

The Sullivan Principles became controversial almost immediately as critics and other anti-apartheid activists questioned how effective these concepts could be. The number of black South Africans employed by American companies was less than 150,000 out of an overall population of 27,000,000, meaning that the rules would make a miniscule impact on the economy. To other American groups, the Sullivan Principles seemed to be a way to detract from divestment movements that were trying to end investment in any company operating in South Africa. Desmond Tutu, while acknowledging Sullivan’s obvious good intentions went so far as to say that he was being used by the various companies as a front.

I was interested in looking through Sullivan’s papers to get a better sense of how he should be understood in the broader U.S. anti-apartheid movement. Was he a patsy for American multinational companies, as many alleged? What was his relationship to the U.S. government? After all, beginning in the 1950s State Department officers had expressed hope for a business code of conduct in South Africa, at least in part as a way to defuse criticism of the relationship of the U.S. government to South Africa.

Sullivan’s papers complicate the picture of Sullivan as some kind of stooge. From the beginning of his time on the board of GM, Sullivan was critical of American business practices in South Africa, so much so that the president of the company wrote Sullivan a letter rebuking him for comments made about South Africa.[1] Sullivan was connected to others who wanted to see a business code in South Africa, ranging from businessmen such as Frank Cary of IBM to Don McHenry, an African American State Department officer who had first written about a South African code of conduct for the Brookings Institution in 1973.[2] But Sullivan’s ideas were his own, and he expended considerable energy into building the concepts that became the Sullivan Principles.

Indeed, Sullivan encountered a considerable amount of difficulty in trying to hold together the companies utilizing the Sullivan Principles. Companies were responsible for gathering information on their South African operations and reporting back to Sullivan with this information. On top of this, they paid a processing fee to an independent auditor. These companies were then evaluated on their performance as exceeding expectations, meeting expectations, or needing improvement. CEOs of companies reacted poorly when they didn’t receive the rating that they were seeking, and Sullivan frequently had to exert pressure on them to continue using the system.[3] Monitoring became an important issue over time as people close to Sullivan questioned whether the companies could be counted on to accurately report conditions in the workplace.[4]

Sullivan also received considerable support from the federal government for the Sullivan Principles. American policymakers were concerned with keeping the strongly anti-communist South Africa anchored to the United States, but were aware that apartheid attracted a great deal of negative attention and made revolution inside the country ultimately more likely. It will take more research to uncover exactly how closely Sullivan cooperated with the State Department, but from the beginning he was working with Secretary of State Cyrus Vance to keep him aware of his activities.[5] Other sources also suggest that Cyrus Vance was pressuring U.S. companies into signing on.[6]

For a time, the Sullivan Principles were popular with university administrators and politicians because they represented an alternative to total divestment from any company or bank operating in South Africa.[7] While Sullivan made inroads with major companies, persuading smaller firms to sign on was more difficult, in part because of the expense involved, and independent monitoring was so threatening that some signatories tried to stage a mass walkout.[8] Other difficulties included the standards that Sullivan set. In certain metrics, such as the end of workplace segregation, most companies made good progress, but hiring black South Africans into supervisory or managerial positions proved to be far slower.[9] Contact with black leaders was relatively minimal as late as 1984, meaning that there was little contact with the people the principles were supposed to be helping.[10]

As early as 1981, Sullivan’s critical comments about American businesses in South Africa led many outsiders to assume that he was abandoning his own principles.[11] While he denied this for a time, by the mid-1980s he was increasingly critical of the intransigence of the South African government. In a 1985 memo to the directors of GM, he called for an end to new investment in South Africa and a total corporate withdrawal if apartheid was not ended in 24 months.[12] Sullivan was invited to serve on an advisory board to the State Department, and when that board did not endorse strong punitive action against South Africa, Sullivan wrote an angry dissent demanding international sanctions.[13] Sullivan ultimately set May 31, 1987 as the date for corporate withdrawal from South Africa if apartheid were not ended, and when that date passed he began to agitate for withdrawal.

Sullivan’s papers have raised a number of interesting research questions for me to pursue. I want to better understand how Sullivan worked with the U.S. government to try and maintain their relationship with South Africa; the number of diplomatic cables in Sullivan’s possession suggests he had a good working relationship with the State Department. I’m also more interested now in the perspective of the South African government. Did they see Sullivan as a way to improve their standing in the rest of the world, or as a threat because of his determination to reform South African industry? Did Sullivan’s push for social welfare programs in South Africa help South Africans? Finally, did Sullivan’s clout lead to a wave of corporate withdrawals after May of 1987? The materials at Emory have added a rich and understudied perspective to my dissertation.