Michel Fabre and Me:

The Rose Library residency was my first opportunity to work with a renowned collection of African-Americana on my independent research project: “The City of Light is Afraid of the Dark: James Baldwin, Race, Migration and Citizenship in Contemporary Belgium and France.” I am an independent scholar and cultural curator based in Brussels, Belgium, and my research examines race, migration and citizenship, using texts from James Baldwin both as a theoretical frame and a critical artistic lens through which to analyze these issues.

While at the Rose Library, I worked primarily with the papers of Professor Michel Fabre — the French academic, and biographer of Richard Wright — and the Letters of David Moses, a friend of James Baldwin’s and a Hollywood actor and activist. My first encounter with Michel Fabre was in the late 1970s, when writing my high school “Junior Thesis” on Richard Wright. I would meet him some twenty years later, in 1996, as a conference presenter. I attended his “April in Paris” conference, co-sponsored by the then WEB DuBois (now the Hutchins) Institute at Harvard University and the Sorbonne 3ième, an academic institution which Fabre nurtured and championed until his death in 2006. Wright was Baldwin’s mentor and friend in his early days in Paris, and ultimately facilitated the publication of Baldwin’s first book of essays, “The Fire Next Time”. And now here I was, surrounded by Fabre’s private collection at the Rose Library.

This meticulously collected archive of African-Americana is derived from Fabre’s academic activities both in Paris and in the US, during numerous periods of research and residency. Fabre also established academic exchanges and opportunities for African-American academics, writers, and artists, at the Sorbonne 3eme, many of whom he hosted his wife, Genevieve (also an academic, specialized in African-American performing arts). Fabre’s keen awareness of the significance of the materials he collected is clear. He had a superior eye for detail, particularly with respect to Wright, which is shown through the breadth of articles and materials related to Wright from both the US and Europe; correspondence between Wright, George Padmore and his partner Dorothy; and the extensive written exchanges between Fabre and Wright’s Dutch translator, Magrit de Sablonière.

One area of my research which was informed by my Rose residency was what I’m calling the “fluidity of citizenship” and its manifestation with regards to people of African descent within European contexts. The “fluidity of citizenship” is defined by the precarious nature of citizenship as regards people of African descent:  its continuous (re)interpretation and (re)categorization, and the ways in which it continues to be reimagined within established European democracies. A striking recent example of this being the illegal restrictions on people from the so-called “Windrush Generation” from the UK, on the basis of their inability to prove their British citizenship or a right to remain. Both Wright and Baldwin experienced this first-hand, most often in the face of governments, which at the time were “fighting for democracy around the world,” while their black citizenry continued to suffer under the yolk of Jim Crow or colonialism. This was the result of each writer’s activism; Wright’s involvement with the Communist Party and the Pan-Africanist movement both in Europe and on the African continent; and Baldwin’s prominence within the Civil Rights Movement in the US, as well as his writings on the French-Algerian War. In both cases, each writer was subjected to the humiliations and mistreatment meted out to those who viewed their citizenship as an intact and essential expression of their humanity. In Baldwin’s case, this was made evident to him when the United States Intelligence Service banned his appearances in Berlin and five other German cities, in breach of a contract with his German publisher, “saying, that the American Cultural Centre had not been established to publicize novels, or novelists…” Baldwin’s German publisher challenged the cancellations:

“…this struck my German publisher as a dubious excuse indeed, and he conveyed his reaction, quite rightly, to the German nation. While I was working in Paris, my phone was ringing in St. Paul; got home, dead, two days before I was due to leave for Germany to discover the box my (?) government (Lord) had placed me in; called David, because I knew I couldn’t go alone; and now, simply because I had been banned, I had to go. Went. Baby: and just got back… [F]or my appearance was not only an intolerable act of defiance: I had to make it very clear to the German nation that the folly of my government had nothing to do with the history of the Third Reich – the American crimes did not justify the German crimes and I was not to be used as an opportunity to beat the US over the head.” 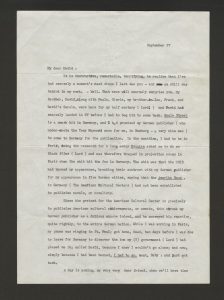 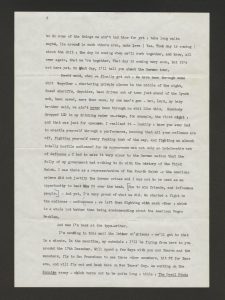 These quotations come from letters exchanged between James Baldwin and the L.A.-based actor and activist David Moses, a close friend from the early 70s. Baldwin met Moses while working amongst the Hollywood glitterati on projects such as Alex Haley’s “Malcolm X” as well as a film adaptation of his play “Blues for Mister Charlie” with Ingo Preminger (brother of Otto Preminger) as producer and Baldwin as director.

The manifestation of citizenship fluidity was particularly acute in Wright’s case, given his involvement with the Pan-Africanist movement throughout Africa, and especially Ghana’s bid for independence from British colonial rule. The journalist George Padmore and his partner, Dorothy, whom Wright met in London in 1946, encouraged Wright’s interest and involvement within African Independence movement with which the Padmores were also deeply engaged. Wright felt the effects of his participation in these movements when his wife and daughter travelled to London in 1953 with the intention of purchasing a flat (Wright had applied for residence in the UK, while living in Paris, and was awaiting the Home Office’s decision at the time). Wright joined them soon after, as George Padmore would also be in London at that time. Upon boarding the ferry at Boulogne, the UK authorities confiscated his passport and interrogated him regarding the length of his visit and the reasons for it. This, no doubt, was related to his involvement with the Ghanaian independence movement. Wright’s decision not to purchase a residence in the UK, following two short visits of 12 days made there in 1953, is recounted later in a letter to the Right Honorable Richard Strachley, MP, as a reaction to his treatment by members of Her Majesty’s Civil Service: 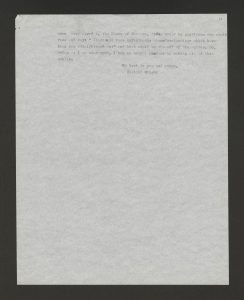 The Rose residency allowed me to access the lives and characters of James Baldwin and Richard Wright in real time. Two writers who acted in concert, somewhat unwittingly– within the global liberation struggles of people of African descent of the 1950s and 1960s– while also providing additional depth to a new aspect of my research. This experience afforded me the ability to envisage how each writer was connected to the other, through their presence on the political stage, or via correspondence exchanged with friends and confidantes. Moreover, access to these materials reaffirmed for me how essential Baldwin and Wright are to our understanding of the American Civil Rights and Pan-Africanist movements in Europe. The opportunity to be in contact with these objects first-hand has been transformative, both to my continued research and my personal development. This was manifest through the confidence, which was built and gained at the Rose, to truly see myself as a viable independent scholar, who had something viable to contribute to the academic discourse related to people of African descent in Europe and the US.

Viewed in relation to these archival materials, the applicability of “the fluidity of citizenship” to Baldwin and Wright speaks very much to their generational differences as writers. Although both Baldwin and Wright chose Paris as their haven from the tyrannies of American racism, Baldwin’s letters to David Moses resonate with an unswerving demand for freedom for black America, expressed both personally and publicly as a writer. What is clear is that Baldwin saw himself as an individual, unencumbered by institutions or philosophical frames of reference, yet inexorably linked to the specificities of the American Civil Rights Movement and the African-American community.

Wright’s political and philosophical influences deeply informed his approach and point of view, in relation to Pan-Africanist Liberation struggles. Wright looks to amplify the centrality of citizenship – vis-à-vis Pan-Africanism and Communism – to include the entirety of the African diaspora. What could ensure the end of citizenship’s fluidity more for people of African descent everywhere, than self-determination and independence from colonial rule? What is clear to me now, after my Rose Library residency, is that these great voices will continue to resonate until the injustice inherent in the fluidity of citizenship as it applies to people of African descent specifically, is rectified. My time at the Rose Library was a revelation and showed me that following where the materials lead, can be the most enriching and inspiring path of all.

With gratitude, and thanks,