In July 2019, Mattie Webb conducted research at Emory’s Rose Library as a recipient of our Short-Term Fellowship Program. Mattie is a graduate student in the Department of History at the University of California, Santa Barbara. Her current project looks at the role, impact, and awareness of the Sullivan Principles, a U.S. code of conduct for multinational corporations operating in South Africa during the apartheid era.

On 1 March 1971, General Motors (GM) chairman James Roche appointed African American clergyman and civil rights leader, Rev. Leon Howard Sullivan, to the corporation’s Board of Directors. As the automobile company’s first African American board member, Sullivan instantly made national headlines. Appearing on Meet the Press shortly thereafter, Sullivan defended his role amid some skepticism, commenting that, “I know that General Motors is using me, but…I will be using General Motors to help my people.”[1] Sullivan turned his focus to South Africa, and would use his pedestal to boldly condemn GM’s complicity with apartheid, calling for it to “withdraw from the Union of South Africa, until clear changes have been made in the practice and policies of that government as they pertain to the treatment of Blacks and other non-white residents.”[2] Exactly six years after his appointment to the board, Sullivan would convince twelve major American corporations with operations in South Africa to sign the Sullivan Principles.[3] His six-point voluntary code of conduct encouraged U.S. business interests to promote human rights through equal employment practices within the confines of their South African subsidiaries and within two years would boast 135 signatories. 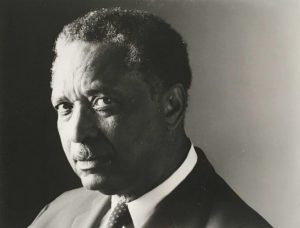 From 1 March 1977 to 3 June 1987, Sullivan worked tirelessly to encourage companies to sign the Principles, adhere to their guidelines, and become increasingly vocal regarding the South African political situation. Sullivan played a compelling role in the global anti-apartheid movement, but faced criticism from all sides, including business leaders who preferred to stay out of political affairs and anti-apartheid activists who saw the Sullivan Principles as extending the lifeline of apartheid. My dissertation research is structured around many questions and is transnational in scope. Although claiming to be a small step toward change, did the Sullivan Principles allow for U.S. businesses to continue investment in South Africa while portraying a “progressive” image abroad? How present were South African business management and workers’ voices in the creation and implementation of the Principles, if any?

Over the course of two weeks, I approached these questions by diving into Leon Sullivan’s papers at the Stuart A. Rose Manuscript, Archives, and Rare Book Library. During my time there, I consulted correspondence files regarding the Sullivan Principles, Sullivan’s South Africa files, the International Council for Equal of Opportunity Principles’ records, image collections, and Sullivan’s personal writings. Adding Sullivan’s papers to my research has allowed me to tell a more complete narrative of how Sullivan fought for Black liberation across the globe, using local experiences to connect with broader political, cultural, and economic oppression in South Africa. Sullivan was able to build an impressive transnational dialogue and craft an ever-evolving evaluation process for the corporations abiding by his Principles. He made many of the signatories think seriously about the political situation in South Africa and reform their operations in that country. Ultimately, he fell short of his goal of using the Principles to bring an outright end to apartheid, and, by 3 June 1987, called for a full corporate exodus from South Africa.

While correspondence files were mostly dialogue between Sullivan and corporate executives from American subsidiaries, the letters complicated the image of Sullivan as an anti-apartheid activist. These sources demonstrated the narrow constraints he had to operate within as a prominent African American who knew his limits, but in many cases was not hesitant to push them. Much literature that discusses Sullivan does a disservice to him by not properly historicizing his place within the broader civil rights discourse and by seeing him as a puppet of major corporations. No doubt, Sullivan’s approach was moderate, especially in the context of a salient anti-apartheid movement that backed mandatory economic sanctions. However, I came across some examples of Sullivan aligning with more confrontational approaches. For one, in 1985 he was arrested at the South African embassy in Washington, DC as a part of the Free South Africa Movement (FSAM) protests.[4] He also maintained close contact with TransAfrica’s Randall Robinson and signed a TransAfrica petition opposing the Reagan administration’s support for covert aid to UNITA in Angola.[5]

Although the code was voluntary, by 1983 Sullivan was aggressively campaigning to make the Principles mandatory, based on the assumption that they would be more effective. He wanted the U.S. government to take charge in legally enforcing them and requiring all American corporations to abide.[6] When he approached some executives concerning this step, many objected out of fear that a mandatory code, backed by U.S. government support, would ruin some of the work the companies were doing, and perhaps put them in conflict with the South African government. While accepting of the Principles, the South African government still sought to control corporate output. In one instance, it sent a letter to Standard Oil, mandating it sell to the South African military and police.[7]

Although the Sullivan Principles were never made mandatory, Sullivan restructured the process for evaluating corporate adherence with each year. While the initial code did not mention trade union recognition, the 1 May 1979 Second Amplification included an addendum acknowledging the “right of Black workers to form their own union or be represented by trade unions where unions already exist.”[8] The 12 December 1984 Fourth Amplification was perhaps the most cogent, calling for corporations to “work in an aggressive way to influence the ending of discriminatory laws in South Africa.”[9] Sullivan’s Principles were now asking corporations to work towards ending apartheid both inside and outside of the workplace.

With goals that extended beyond the six-point code, Sullivan was able to use his position to make gradual gains towards ending apartheid in South Africa. He consistently voted for GM to end sales to the South African military and police, being the only board member to promote this agenda.[10] He further used his position on the Secretary’s [George P. Schultz] Advisory Committee on South Africa to push for increased economic pressure on apartheid, dissenting from Roger Smith, then chairman of GM.[11] Finally, he opposed the Reagan administration’s policy which relaxed restrictions on the sale of non-military equipment to the South African military and police, noting the U.S. government was “going in the wrong direction in South Africa.”[12] 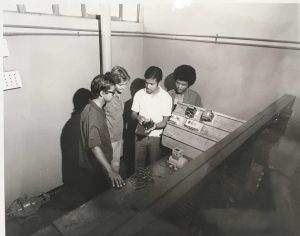 Although Sullivan continued pressuring companies to be more tenacious towards ending apartheid in South Africa, there were justified reasons vocal anti-apartheid activists disagreed with his methods. Sullivan’s role at GM was complex, highlighted by often-conflicting statements. When pressed to have additional outside auditing of his company from Prof. MG Roux of the South African Institute of Race Relations (SAIRR), Sullivan objected.[13] As journalist (and future U.S. ambassador to South Africa from 1982 to 1986) Herman Nickel pointed out in a 1978 Fortune article, GM was no model for Sullivan signatories, which Nickel found a bit ironic given Sullivan’s position on the Board.[14]

Despite some of Sullivan’s failures to pressure his own company, it would be unfair to place too much blame on him. Many of the corporations that signed onto the code were slow to respond and often even neglected completion of biannual evaluations, making anti-apartheid activists suspicious. When Sullivan began asking companies to become active in challenging apartheid outside of the workplace, most objected.[15] Sullivan had grander hopes, but the executives did not want to meddle in South African politics. When Sullivan lobbied to make the code mandatory, a measure that made its way into economic sanctions legislation that passed in the Senate in mid-July 1985, companies panicked.[16] Many did not want to “go beyond the Sullivan Principles.”[17] Some members of active and compliant subsidiaries complained about “the minority of companies that do not complete the questionnaires or pay their annual dues,” some of them arguing that those companies were simply “using the Sullivan principles” as a way to absolve criticism from the growing anti-apartheid movement.[18]

One thing was clear—Sullivan was in a tough position. He could use his position as a prominent African American board member at GM to promote corporate reform in South Africa. He notably received early support from the Carter administration, with Secretary of State Cyrus Vance announcing that Sullivan “was lighting a fire which is spreading around the world,” adding that “you can count on us in the government to support you in every way for this private effort.”[19] Support from private corporations and the state was a gift and a curse. Sullivan had to balance the interests of these groups without appearing too confrontational in South African politics. He ultimately saw the code as a “lever” that could engender further change outside of the workplace, but whether it was able to lead to some of these changes is the subject of further research.[20]

I am incredibly thankful for the generous support of the Stuart A. Rose Manuscript, Archives, and Rare Book Library at Emory University. The librarians and archivists were always helpful and had boxes ready for me the moment I arrived each day. This trip was invaluable to my research and, as I noted previously, gave me a fuller picture of Leon Sullivan’s tireless efforts to target apartheid in South Africa. Future work can build on this project by adding an even more complete understanding of how workers were made aware of and affected by the Sullivan Principles. 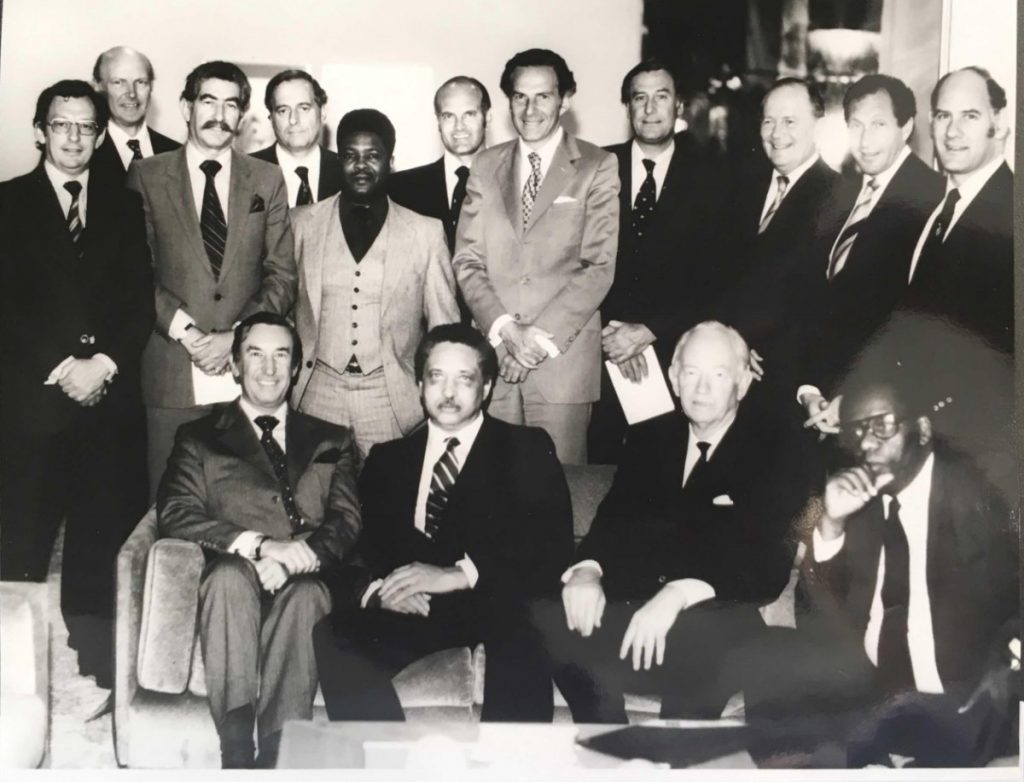 Group of company leaders who worked with Rev. Sullivan during the Sullivan Principle days. Sullivan is in the front row, one from the left. Box 91, Folder 10, Leon Howard Sullivan papers, Stuart A. Rose Manuscript, Archives, and Rare Book Library.

[5] Letter, TransAfrica to Senators and Representatives, 31 January 1986, Box 58, Folder 2, Leon Sullivan papers.; UNITA was engaged in the Angolan Civil War, and received support from South Africa. The United States had observed the Clark Amendment, which had prohibited it from providing aid to UNITA.

[15] Signatories were strongly encouraged to fill out the Arthur D. Little (ADL) firm’s self-evaluation forms. Those that did not complete them cited the process as too complicated, noted a lack of resources, or argued firms in the United States should be subject to the same requirements.