Beginning this month, the Stuart A. Rose Library at Emory University is undertaking a year-long project to explore citizenship through the lens of Reconstruction. Follow us on Twitter @EveryVoice2020 to learn more about the project and how to join the conversation.

Reconstruction (1865-1877) represented a time of great possibility for former enslaved African Americans and their children. This short expanse of time provided a window of opportunity for the newly freed to aspire and reach their full potential as human beings and citizens of the United States. The ratification of the Thirteenth, Fourteenth, and Fifteenth Amendments to the Constitution, and the creation of the Freedmen’s Bureau all but guaranteed life, liberty, and happiness,and protection under the law. The opportunity to become educated, earn a fair wage, own land, vote, and affirm one’s love of family and faith, allowed the formerly oppressed and degraded a sense of wholeness in their pursuit of destiny.

What is more, the winning of public offices by African Americans such as Jefferson F. Long of Georgia, Blanche K. Bruce and John R. Lynch of Mississippi, and Robert Smalls and Richard H. Cain from South Carolina, boosted the confidence of the community and ensured representation at the local, state, and Federal levels of government.

This success also provided Americans as a whole a glimpse of the great potential for those previously marginalized as human chattels to contribute to the development and growth of the nation as citizens.  But Reconstruction also brought violence, division, the impeachment of a president, oppression, and, ultimately the end of the expansion of civil rights as white men, Southern and Northern, sought to dominate American politics and society.

In many ways, the questions and events of Reconstruction are the questions of today.  White Americans during Reconstruction struggled to reimagine an America without slavery as its economic engine or African Americans as a subordinate class.  Modern America is struggling with similar dramatic changes following the rise of globalization and the subsequent decline of industrial America.  As the United States begins the 2020 election cycle and watches the process of impeachment unfolding on Capital Hill, questions about voting, citizenship, security, and who should be a citizen are relevant not just for historians and scholars, but for every American. 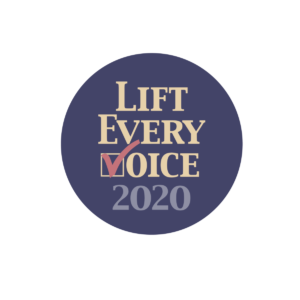 Logo for Lift Every Voice 2020

Beginning this month, the Stuart A. Rose Library at Emory University is undertaking a year-long project to explore citizenship through the lens of Reconstruction. Through social media, public events, and engagement with scholars, politicians, political activists, students, journalists, and the general public, LIFT EVERY VOICE 2020 aspires to initiate research, discussion, and critical thinking about Reconstruction and what it means to be an American. Follow us on Twitter @EveryVoice2020 to learn more about the project and how to join the conversation.