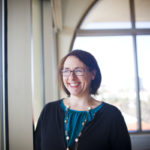 When I talk to people about what I love about my job, I usually focus on the items.  To other archivists, I’m sorry.  I know that we talk about our work documenting history and how context allows us to understand not only the individual behind our collections but the society of that individual.  But to me, understanding humanity comes from these scraps of papers, these doodles on an envelope, these letters between friends.

When Civil Rights heroes C.T. Vivian and John Lewis passed away on the same day last week – while I felt the great loss that so many did – I immediately thought of the C.T. Vivian collection that Rose Library holds.  That collection, compiled By Vivian’s wife and partner, covered so many incredible feats.  His work with SCLC, his work in Chicago, and with the Anti-racist movement.  But what I landed on was this letter.  This letter from a young John Lewis looking to an established member of the community and asking for a letter of recommendation for a scholarship.  The scholarship, the Russell Bulls Scholarship, had been first awarded to Miss Charlayne Hunter who was the first Negro student to enter the University of Georgia, and was one of the many ways the UPWA supported SNCC, SCLC, and anti-racist policies. 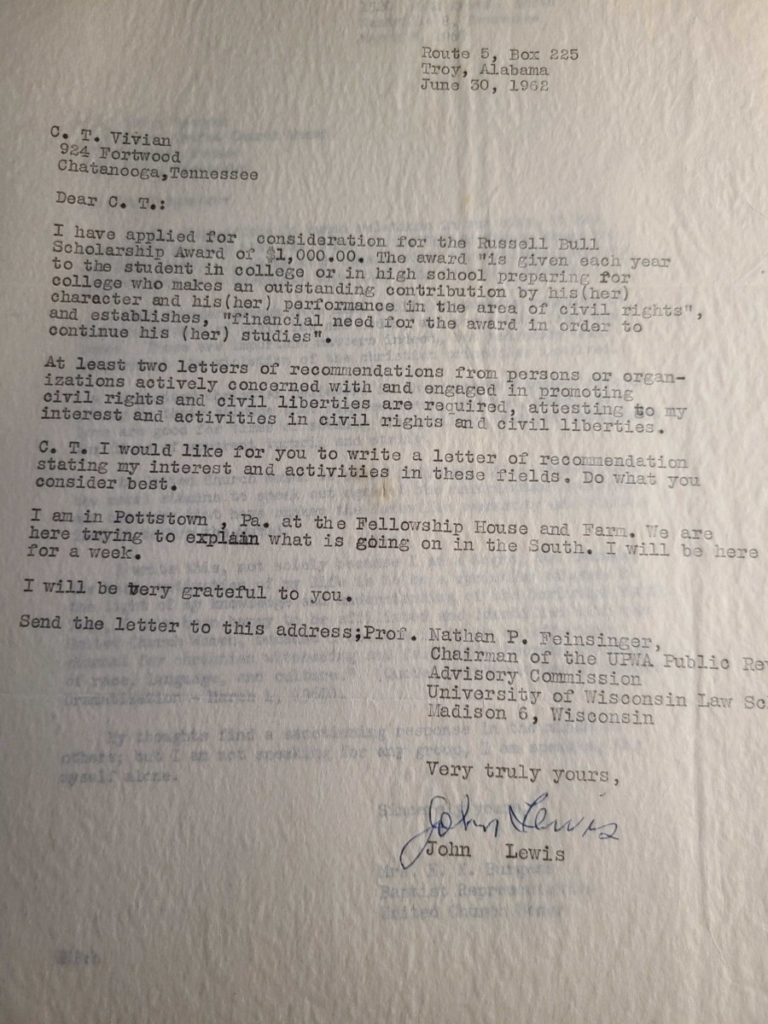 Letter from John Lewis to C.T. Vivian. From C.T. and Octavia Vivian papers at Rose Library

While there is no evidence that Vivian wrote this recommendation letter – and as of this writing, I can’t find any notice that the scholarship was awarded more than once – but, in reading about this scholarship and these men, what strikes me is the emphasis of all the participants on education

In looking for more background into the Russell Bull Scholarship, I learned how this organization grew out of the CIO’s Packinghouse Workers Organizing committee in 1943, and almost immediately aligned with the radical left, pursuing anti-discrimination activities in meatpacking plants.  In 1956, local and district conventions passed resolutions in support of the Montgomery bus boycott, with district 3 director, Russell Bull, arguing that “the enemies of Negroes are also the enemies of organized labor.” SCLC and UPWA worked together to raise money and union membership in the South throughout the 1950s and 60s. Obviously, the organization saw the importance of education – they created a scholarship for $1000 for “a student in college or in high school preparing for college who makes an outstanding contribution in the area of civil rights.” 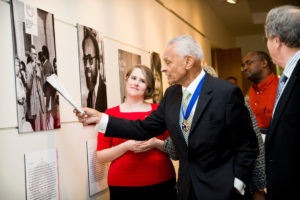 C.T. Vivian was an outspoken supporter of education.  When I decided to write this blog post, I reached out to a friend who has interviewed Vivian a few years ago, and in watching the oral history, I was struck by the story he told about the creation of a program he started, Vision.  He spoke about being inspired by the work of Hosea Williams, in Savannah, who after a long day of working as a chemist, taught night classes to local high school students, because their school didn’t offer classes in chemistry.  Vivian tried to replicate the work in Chicago, where he imagined working with mothers and teachers to do the same thing, but ultimately, it didn’t work.  He didn’t stop trying though, and in a meeting with members of the St. Louis Archdiocese, he found supporters who helped him create a platform to create 16 study centers across Alabama as well as volunteers/educators to teach, prepare, and raise scholarship money for 702 of those students to go to college.  In the interview, he mentions that Martin Luther King, Jr. personally wrote checks to keep the program going.  The US government took over the program as part of Lyndon Johnson’s War on Poverty and was renamed Upward Bound.  Vivian saw the need for this program, saw that others made it happened, and worked to ensure that it could be done on a large scale; “When you look at these things, you understand what is possible.” 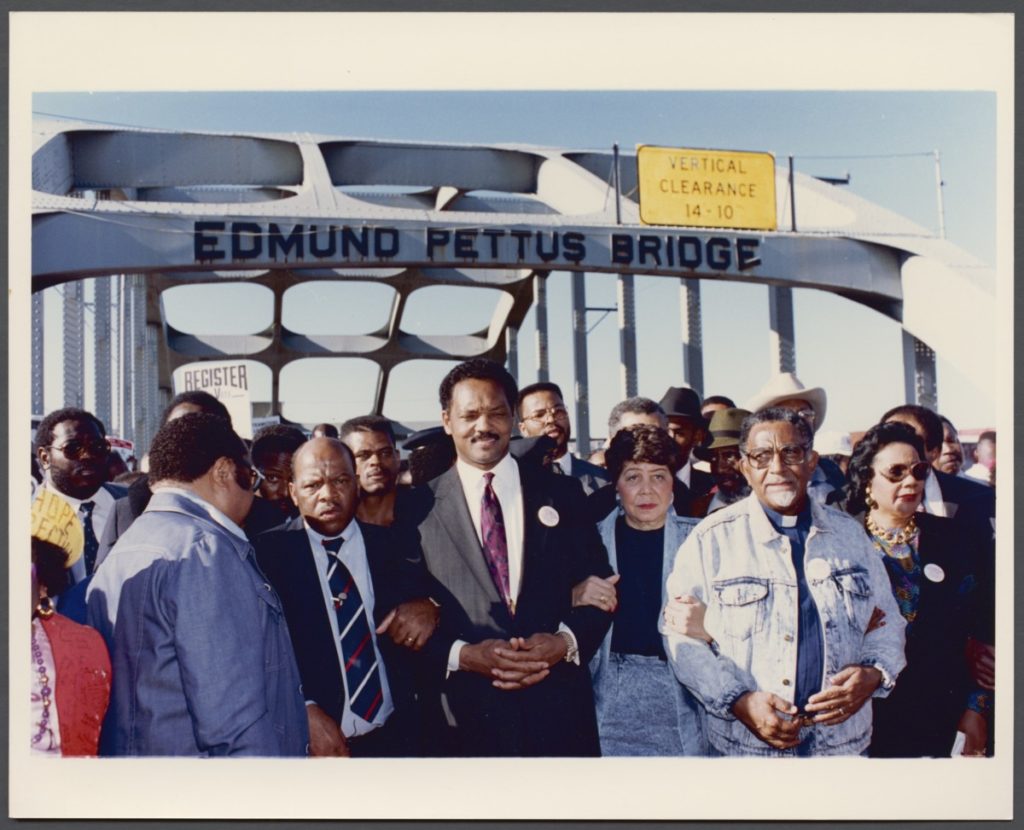 John Lewis was 21 when he and Vivian traveled through the South as members of the original Freedom Rides, but he had already weathered much at that time.  He attended American Baptist Theological Seminary (as did Vivian), graduating in 1961 and later earned a bachelor’s degree from Fisk University (1967).  He met Rosa Parks when he was 17 and Martin Luther King, Jr. just a year later, though the latter had been inspiring Lewis since he had heard King’s sermons on the radio. “The Boy from Troy,” became heavily invested in the Nashville movement, and as a member of SNCC, took part in the Freedom Rides of 1961 along with C.T. Vivian. This letter was written just about a year later, and a year before being chosen as chairman of SNCC.  It would have been written around the time he was in Cairo, Illinois, with other SNCC workers, organizing rallies and teaching nonviolence training sessions, so young organizers would be able to respond to hatred and violence with compassion, a tenet of Gandhian philosophy of nonviolence.

This letter led me to the history of an engaged union leader (and union) who supported equality and highlighted the importance of education in the Civil Rights movement.  I started this post, saying that my favorite thing about my work is finding these items, and it is, but that is true only for the rabbit hole I inevitably find myself when my curiosity overtakes me.  We all know that education is important, but I think Vivian’s story about meeting a man who had been through Upward Bound tells it best.  That man said, “Had it not been for you, I would have easily been in jail or dead.” He explained that it was all he knew when he grew up, that there weren’t many options for black men.  And all C.T. Vivian could think of was that “Those are the kind of victors that make you feel very, very good, because then you know, as Martin said, you know that your life has not been in vain.”