Julian Savulescu and Richard W. Momeyer’s article “Should Informed Consent Be Based on Rational Beliefs?” gives its readers a fresh perspective on consent not yet addressed by other authors in Arguing about Bioethics, by Stephen Holland, and it is one that happens to be very critical of the different thought processes that arise in choice making and their logical soundness. 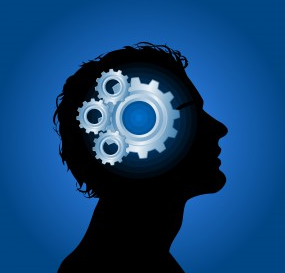 This entails dissection of various situations of a theoretical person but they are always somehow placed in an inferior position- the relating of example stories to theory heavily place the decision-making critiques on the patient, in the case of a patient-doctor relationship. The authors do little to provide ways of evaluating the differences between each of the unsuccessful outcomes, and solutions that are reached in this article speak to things that doctors can do better, not patients, lawyers, and others who could benefit from being more self-aware. It is this self-awareness that would in fact solve their three cases of holding false beliefs.

First of all, there is the heavy reliance on Jehovah’s Witnesses as their go-to example (it is not as easily relatable for non-religious people and definitely not a reliable example across universal belief systems) and this shows a weakness in their article on the most general level. This is so as such reliability on only one specific case is in a way “taking the easy way out” and not showing how their perspective is crucial to the success in every case.

The authors provide smaller example situations with characters such as “Author 1” which are better in generalizability but contain gaps still. As these authors proceed to be so critical of the thought-processes described, I too will show that with the same criticism their overall argument lacks a final impression that motivates change.

A first gap occurs on page 329, when they claim more information to patients must be given, and that is must be relevant. A lack of discussion on what is “relevant” is a gap because it is later crucial in their 3 “Author” examples; they demand that the unknowing person somehow should make themselves informed of things they would not even consider possible in their situation in order to make a their beliefs true. Thus it is crucial to understand what relevant information is so that decisions can be both rational and based on true beliefs, and the person can as a result truly be autonomous. It is now clear that a gap would remain without a discussion on relevancy.

As the authors attempt to apply a case of Jehovah’s Witnesses to patient-doctor relationships, they do use useful sub-examples of a character intending to put out a fire. Something interesting they claim in the process, however, is that sometimes people are unsuccessful in their decisions because the do not care to inform themselves. They then say this results in both practical and theoretical failures. I believe this is inconsistent, as this leads to a result of failed thinking, which has practical implications. The authors may want to revisit such examples with a more philosophical eye- by this I mean checking the validity of their statements to ensure their effectiveness. In the world of Logic, a perspective within the broader study of philosophy, it is possible their article has several fallacies. This word at its root “fallare” means “mistake” in latin. In this case, we see fallacies of “begging the question”. In addition, although  contradictions are still valid by definition, any that come up in the article take away from consistency in argument. It is clear how this takes away from its degree of conviction.

The final takeaway of this article is indeed more along the lines of having the patient trying to inform themselves more, as hinted at on the conclusion of page 337.  It is slightly concerning, though, that a concrete guide to doing this is not provided.