The following article supplements my post. I encourage you to read it. 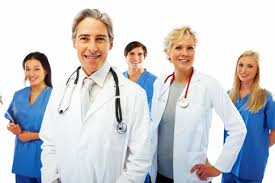 After reading “How Being a Doctor Became the Most Miserable Profession”, I could not shake the reality that I, and many of you, will face when entering the medical profession. The thought has always been tucked in the back of my mind but recently is has become more prevalent as I step closer towards becoming a doctor. As this nation’s future physicians, how do we change the corrupt healthcare system and medical practice?  How do we give patients what they deserve? Is it through policy and large corporate changes that take years to implement? No. To me the answer is simple: we must change from the inside out.

As Edmund Pellegrino writes in The Medical Profession as a Moral Community, “Today, our profession faces an unenviable choice between two opposing moral orders, one based in the primacy of our ethical obligations to the sick, the other in the primacy of self-interest and the marketplace.” Physicians cannot serve multiple cohorts of society. They either serve the patient or they serve the economy, policy or the law. We cannot blame the state of medical care on the outside factors of society. While it is understandable, the blame compromises our moral integrity. We can overcome this crisis “by acting not on the basis of what external forces do to us, but on what they do to those we serve” (Pellegrino).

I cannot think of a better time to apply and practice Pellegrino’s opinion about moral communities than in today’s society. “A moral community is one whose members are bound to each other by a set of commonly held ethical commitments and whose purpose is something other than mere self-interest” (Pellegrino). He continues his definition of a moral community and states that the group must posses the following: “the inequality of the medical relationship, the nature of medical decisions, the nature of medical knowledge, and the ineradicable moral complicity of the physician in whatever happens to his patient” (Pellegrino).

Pellegrino says it perfectly, “only if we have the will to use our collective moral force will the integrity of the profession be preserved.” As future doctors, we must unite on this moral mater and further its foundation in the medical community.

Pellegrino, Edmund. “The Medical Profession as a Moral Community” Bulletin of the New York Academy of Medicine 66 (3): 221-232.

In Public Health Law In an Age of Terrorism: Rethinking Individual Rights and Common Goods, Gostin examines public health law and the deficiencies associated with the current policies. He claims that there has been little emphasis on modernizing the laws to accommodate the recent advances in public health and constitutional law (Gostin 374). “Reform of public health law is essential to ensure that public health agencies have clear missions and functions, stable sources of financing, adequate powers to avert or manage health threats, and restrains on powers to maintain respect for personal rights and liberties” (Gostin 374-375).

During his argument, he challenges critic’s concerns about personal libertarianism and the protection of personal rights in the event of a national wide medical emergency.  For Gostin, compulsory power is necessary for public health because the government has the right to prevent individuals from endangering others. “The state undoubtedly needs a certain amount of authority to protect the public’s health” (Gostin 381). This action obviously compromises the individual’s autonomy in certain situations and creates moral concerns for authorities.

In addition to his argument, I think it’s important for critics to recognize how these policies come into play and who writes them. As Americans, we have the civil liberty to vote for policy makers, state representatives and even the passage of certain laws. While the individual’s current right may be undermined at the time of an emergency, they have the capacity to exercise their personal liberty in voting for state representatives and legislative officials.

You cannot remove paternalism from public health. As Thaler and Sunstein have pointed out, “some kind of paternalism is likely whenever such institutions set out arrangements that will prevail unless people affirmatively choose otherwise” (Thaler and Sunstein 390). The public voted for such regulations and must comply with them accordingly. In the realm of public health policy we often forget where the law initially stems from. It’s the people.

As citizens, we have the ability to exercise our autonomy towards choosing which paternalistic approach we like the most; perhaps it’s the one that promotes the most personal freedom. Regardless of the policy outcome, paternalism and public health go hand in hand.

To tie into Jackie Glodener’s post about autonomy and children, an extreme case about this topic became reality last week when Belgium granted the right to euthanasia for minors. The Parliament passed the law 86 to 44 with 12 abstentions. Back in 2002, the country legalized euthanasia for those in “constant and unbearable physical or mental suffering that cannot be alleviated” for adults and have since extended the law to include children.

The new bill gives the right only under strict conditions, which seem to fulfill Miller’s four senses of autonomy. A child psychologist or psychiatrist will examine the child’s capability of decision-making, which matches Miller’s idea that the patient is fully competent and aware of his or her decision and addresses previous apprehensions about autonomous decisions in children. The child must receive adequate information from the doctor and his or her parents about death itself. The parents also must give consent for the child’s decision. In addition, the bill protects the doctor’s opinion by stating that no doctor would be forced to carry out the act against his or her will. In all cases the child would have the option of palliative treatment.

While the law’s guidelines seem to adhere to the principle of respect for autonomy, there still seems to be something morally wrong and complex about the issue at hand.

An article about the bill can be found here: http://www.cnn.com/2014/02/13/world/europe/belgium-euthanasia-law-children/ 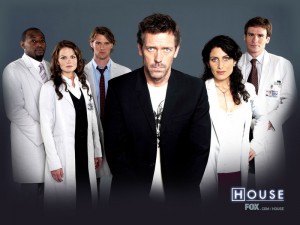 People love to watch the heightened drama of the emergency room and hospital from the comfort of their own couch. They do not have to deal with the emotional stress nor feel faint from the physical sight of blood. All they see are attractive, smart doctors treating patients with ease. But this glamorized medical world is far from reality. Seldom to people recognize the moral dilemmas of medical treatment and professionalism depicted in popular medical television shows like House, M.D. and Grey’s Anatomy.

Faculty from the John Hopkins’ Berman Institute of Bioethics analyzed depictions of bioethical issues and professionalism over a full season of Grey’s Anatomy and House, M.D. and found that “the shows were “rife” with ethical dilemmas and actions that often ran afoul of professional codes of conduct” (Nauert). Informed consent was the most frequently witnessed bioethical issue. In the total of 49 cases, 43 percent were cited as “exemplary” consent, meaning that the depictions portrayed a balanced discussion with the patient about possible treatment options, and the remaining cases were classified as “inadequate” (Nauert). Inadequate depictions involved hurried, one-sided discussions and refusal of physicians to answer patient’s questions, sometimes even complete disregard for the informed consent doctrine (Nauert).

Occasionally, dismissal of informed consent seems justified by positive outcomes, as seen in the following clip from Grey’s Anatomy, when an autopsy is conducted on a deceased patient without the family’s consent: https://www.youtube.com/watch?v=0hgNQni0xdw. However, this is how the screenwriters wanted the situation to play out. In the real world, serious repercussions would obviously accompany the doctors’ rash decision.

While television’s impact on us is limited, it still has an influence on our expectations and beliefs about the world around us. It has shaped our perceptions of many careers like law enforcement and forensic science; medicine is no different. A previous study conducted by one of the co-authors of the article, found that more than 80 percent of medical and nursing students watch medical dramas on television (Nauert). What exactly are aspiring doctors learning from these shows? How do various depictions of ethical issues shape their moral perception of every day patient encounters?

As previously mentioned in other blog posts, physicians do not think informed consent is an “integral part of good patient care” (Lidz et al, 303). Perhaps the popular medical dramas are to blame.