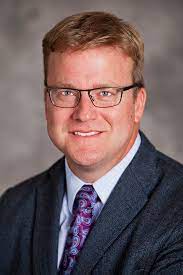 This week’s Summer Reading Recommendations are from Candler’s Professor Ted Smith, who was recently appointed as the Charles Howard Professor of Divinity! A member of the Candler faculty since 2012, Dr. Smith 04G works at the intersections of practical and political theology.

Dr. Smith starts his recommendations with Jennifer Egan’s new novel, The Candy House (New York: Scribner, 2022). He explains, “It’s a kind of sequel to her 2010 novel A Visit from the Goon Squad, which won the Pulitzer Prize. The publication of The Candy House is a great reason to revisit that novel. A Visit from the Goon Squad felt formally inventive in 2010, with whole chapters written in text messages and PowerPoint slides. Those chapters are as scattered—and as connected—as the browser history of a curious surfer of the web. Underneath all the formal tricks, they tell almost old-fashioned stories featuring characters readers come to care about. And the book offers a series of brilliant meditations on phenomena like nostalgia, authenticity, and the nature of language in a digital world. Deep in the background are conversations with Proust about memory, consciousness, and time. Goon Squad bowled me over when I first encountered it. I read it almost in a single sitting. As soon as I finished I sat down to write a review.” Dr. Smith goes on to admit “The Candy House doesn’t feel revelatory in quite the same way. But it lets us connect with those characters again. And it extends Egan’s meditations on memory, authenticity, and more through updated engagements with a next wave of technologies, including social media, artificial intelligence, and what Shoshana Zuboff has called ‘surveillance capitalism’. Also: did I mention that the world of both books centers on punk rock and whatever “alternative” used to mean?” Find The Candy House at Emory online or in print, or at a local library near you! 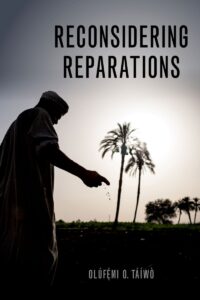 Dr. Smith also recommends Reconsidering Reparations by Olúfhemi O. Táíwò (New York: Oxford University Press, 2022). Smith notes “Táíwò makes clear that he is not trying to convince people that some kind of reparations are necessary for systemic evils like slavery, genocide, and imperialism (for that kind of argument, see Ta-Nehisi Coates’s landmark essay in The Atlantic). Nor is he offering a detailed policy proposal. Instead he’s trying to reframe our thinking about reparations as what he calls a “constructivist” project. Instead of looking back, trying to redress past wrongs, he argues that reparations should work towards a more just future. Táíwò argues that this constructivist orientation both answers some of the good-faith criticisms of reparations from people who care about justice and does more to address the particular injustices that come with climate change.”

Dr. Smith also suggests that “the book is remarkably accessible. Táíwò’s thinking is wonderfully clear, and his writing is lively. Many of our communities and institutions are now trying to think what meaningful reparations might look like. Reconsidering Reparations is an important guide for that work. Even if you don’t agree with Táíwò’s conclusions, he clarifies what is at stake in ways that let conversations reach deeper levels. And he makes me think about the ways Christian understandings of salvation—individual, social, and cosmic—must look to the past, the present, and the future.” Find this book at Emory or your local lending institution! 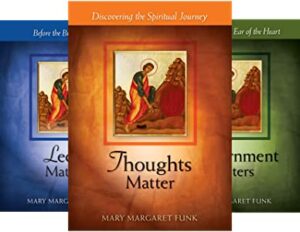 Finally, Dr. Smith recommends the “Matters” series by Mary Margaret Funk, OSB. He explains “Funk is engaged in an important project of reclaiming practices from the desert fathers and mothers—especially John Cassian—for contemporary Christians. Drawing on Cassian (and two millenia of monastic traditions) she frames Christian life as a series of renunciations. The books seem perfectly suited to this season of intense institutional instability in the church, when—for better and for worse—we find ourselves cast as individuals. Funk’s writing is earthy and direct, plain in the best sense of that word. The books can be read quickly, but taking them to heart is the project of many years. A reader could start with any book in the series. But I might recommend Humility Matters as a first stop.”

Next week will feature our final Summer Reading Recommendations from none other than the Library Director, Bo Adams! Find all summer reading blog posts at pitts.emory.edu/summerreading.