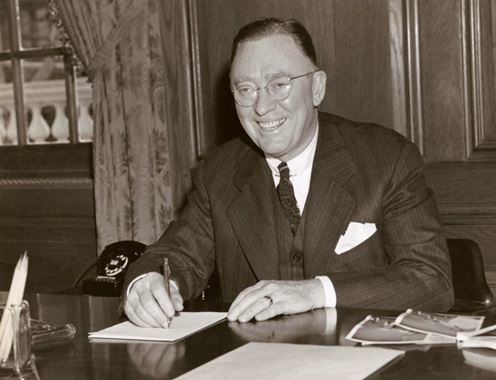 Emory surgeon and professor Daniel C. Elkin, who became a leader in the vascular surgery field in the early- and mid- 20th century, is the subject of an exhibit at the Woodruff Health Sciences Center (WHSC) Library. “Pioneer of Vascular Surgery: Daniel C. Elkin, MD,” which opens April 10, will focus on Elkin’s life and his contributions to Emory University. Curated by WHSC Library archives specialist Clayton McGahee, the exhibit will feature materials drawn from the WHSC Library’s special collections, including medical instruments, publications, teaching materials and photographs of Elkin.

“From the 1930s leading into World War II, vascular surgery was advancing with rapid progress, and Daniel Elkin was at the forefront of this movement,” McGahee says. 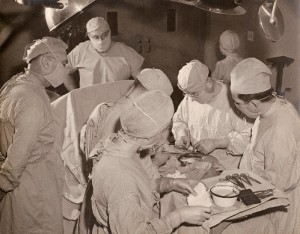 After graduating from Emory School of Medicine in 1920, Daniel C. Elkin (1893-1958) completed his residency at Peter Bent Brigham Hospital in Boston. He returned to Atlanta to work with his uncle, William Simpson Elkin, who was a prominent surgeon and former dean of the Emory School of Medicine. Elkin began as an instructor of surgery at Emory, where he was known as “Dr. Dan” and was soon appointed professor and chairman of the surgery department at Emory in 1930.

During World War II, Elkin served in the U.S. Army for three years as chief of surgical services at Ashford General Hospital in West Virginia (where Gen. Dwight D. Eisenhower was a patient twice). Following the war, Elkin resumed his positions as surgeon-in-chief at both Grady Memorial Hospital and Emory University Hospital. He also served as president of the American College of Surgeons from 1956 to 1957.

“Despite his success as a surgeon, what I found interesting about him was that his primary interest was not in surgery, but in teaching,” McGahee says. “After he was first elected as instructor of gynecology and obstetrics in 1921, Elkin always had a teaching role at Emory.” 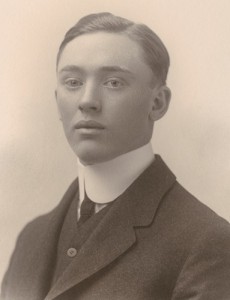 Elkin’s contributions to medicine and vascular surgery include repairing high-velocity injuries such as gunshot wounds and successfully treating an abdominal aortic aneurysm by ligation. By 1957, he had published 107 medical articles, many of which will be on display. The exhibit will also feature Elkin’s dog tags from his military service.

The exhibit, open to the public at no charge, is located on Level 1 of the Emory University Woodruff Health Sciences Center Library, 1462 Clifton Rd. The library’s webpage provides links to directions, parking, hours and maps.