On January 1, 2023, copyrighted works from 1927 entered the US public domain. They are now free for all to copy, share, and build upon. These include Virginia Woolf’s To The Lighthouse and the final Sherlock Holmes stories by Arthur Conan Doyle, the German science-fiction film Metropolis and Alfred Hitchcock’s first thriller, compositions by Louis Armstrong and Fats Waller, and a novelty song about ice cream.

Here are just a few of the works that will be in the US public domain in 2023.  There is a lot to celebrate: a modernist masterpiece, poetry from the Harlem Renaissance, children’s verses featuring Winnie-the-Pooh and other characters, and early works from Hemingway and Faulkner. 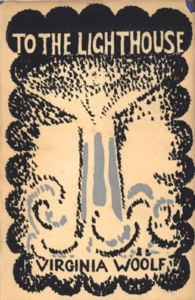 Poster for Metropolis, designed by Heinz Schulz-Neudamm (1926). Image in the public domain.

1927 marked the beginning of the end of the silent film era, with the release of the first full-length feature with synchronized dialogue and sound. (Please note that while the original footage from these films will be in the public domain, newly added material such as musical accompaniment might still be copyrighted. If a film has been restored or reconstructed, only original and creative additions are eligible for copyright; if a restoration faithfully mimics the preexisting film, it does not contain newly copyrightable material.)

Many of the works listed above were supposed to go into the public domain in 2003, after being copyrighted for 75 years. But before this could happen, Congress hit a 20-year pause button and extended their copyright term to 95 years. Now the wait is over—at least in the United States. On December 30, 2022, Canada froze its public domain for the next 20 years with its C-19 copyright law. Yes, that’s right, Canada is doing the same thing the US did in 1998, with all of the negative effects that have now been well documented. Professor Hal Abelson, the MIT computer scientist, once asked: “What does it mean to be human if we don’t have a shared culture?  And what does a shared culture mean if you can’t share it?” On Public Domain Day, that act of grateful sharing begins for another year of our culture, something to celebrate indeed. Yet we should also spare a moment to regret that which we have lost.

This post was adapted by Emory Libraries’ Open Access Librarian Jennifer Townes from Public Domain Day 2023 (licensed CC BY 3.0) by Jennifer Jenkins, director of the Center for the Study of the Public Domain, Duke University School of Law.