by Will Love, Graduate Processing Assistant 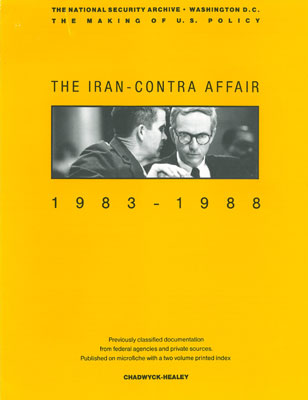 MARBL is pleased to announce new and updated additions to the collected manuscripts of Theodore Draper (MSS 579).  The collection now includes nineteen boxes of materials used by Draper during research for his book, A Very Thin Line: The Iran-Contra Affairs (1991).  The transcripts of Oliver North's and John Poindexter's federal trials and photocopies of North's private journals comprise the bulk of the material.

Other declassified documents from the National Security Council are also included, as well as newspaper clippings and journal articles. The clippings and articles exhibit the interesting way in which Americans identified with what they perceived as Oliver North's patriotism.  The clippings also contain several opinion pieces that attest to the political divisiveness of the North trials within the context of the United States' ideological war with communism.  While some of the materials date to before and after the Iran-Contra affair, most of the materials date from the 1980s when the Contra-Affair was unfolding. 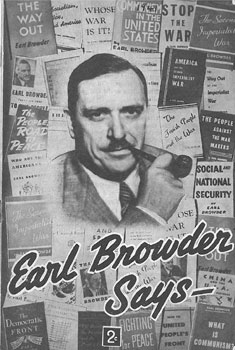 In addition to the new Iran-Contra materials, Draper's collection of American and international Communist pamphlets has been reprocessed so that researchers can now locate specific pamphlets within the finding aid.  The pamphlets are grouped by American, International, and Communist-International publishers, and the three groupings comprise around 1,000 pamphlets that date from the late 1800s to the 1970s.  The American pamphlets, the most voluminous grouping, contain pamphlets by noted American communists such as Earl Browder and William Z. Foster.  The pamphlets often argue for the necessity of unionization among American workers and also often address specific cases of labor and class exploitation throughout the United States.

Other American pamphlets are authored by European and Soviet writers to persuade American readers to embrace communist ideology.  Most of the International and Communist-International pamphlets either articulate viewpoints on European communist ideology or relay the reports of European socialist organizations.  German reading researchers may particularly find the reports of the Weltkongresses der Kommunistischen Internationale interesting, as Emory's library is now one of three libraries in the world to include these reports in its special collections.