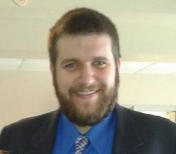 At the Emory Libraries’ Undergraduate Research Awards Ceremony on May 1, Andrew Sullins, Political Science major in the Class of 2018, received the 2017 Elizabeth Long Atwood Undergraduate Research Award for his African American Studies 412W: War Crimes and Genocide, class paper, “Covert Killings: Civilian Casualties and the Use of Covert Drone Strikes in the War on Terror.”

In his Research Strategy Essay, Andrew reflected, “Upon beginning the research process…I had a relatively clear direction in which I thought I would take my research. I would soon come to realize, however, that research guides the researcher.” Andrew found that the course research guide and the newspaper articles provided by the LexisNexis, ProQuest Newspapers, and Access World News databases were indispensable to his research. Through reading the newspaper articles, Andrew realized the value of eyewitness accounts that revealed “critical data” that was not present in official government documents.

Andrew’s faculty sponsor, Dr. Carol Anderson of the African American Studies Department, noticed a significant change in Andrew’s perspective by the end of her course. She saw that, “the research project…forced [Drew] to don the mantle of researcher, not political advocate, to uncover the truth, regardless of where that led.” Professor Anderson observed that Drew became “a savvy user and evaluator of evidence” through writing this paper, a paper that tackled controversial issues and “shook his classmates to their core.”