The International Area Studies librarians at Emory ‘s Woodruff Library, in collaboration with the Library’s Exhibit Team, have curated a special book display showcasing Emory faculty’s scholarly achievements in addressing global and cultural issues, as well as the challenges across different regions.  The Book Display is artistically exhibited in two alcoves near the entrance to the Robert W Woodruff Library. 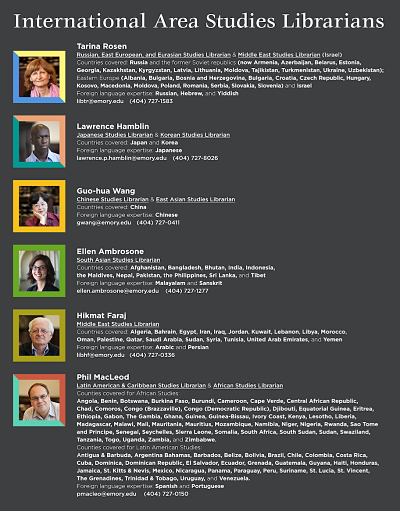 These published books also reflect the commitment and contributions of our librarians to supporting faculty research and teaching and advancing the mission of Emory University. 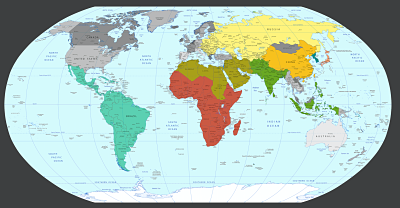 To support faculty excellence we have developed rich library collections in the format of books, journals, newspapers both in print and electronic, and online databases in a range of different languages, including Arabic, Chinese, Hebrew, Hindi, Japanese, Korean, Portuguese, Persian, Sanskrit, Spanish, Russian, etc. 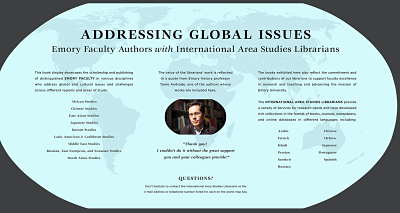 We are grateful to faculty who constantly reminds us of the value of our service to their success, as one stated, “Thank you!  I couldn’t do it without the great support you and your colleagues provide!”  (quoted from Prof. Tonio Andrade of History Dept.)