Journalist and photographer, Arnold de Mille (1908-1996) spent his career capturing the African-American experience for publications such as the Negro World (1927-1932), Newspic (1940-1942), and both the Chicago Defender and the New York Age Defender (1950-1955). He served under the Federal Writers Project, WPA (1937-1939) and joined Milady Publishing Corporation in 1944 as a photographer-writer, in which his works appeared in early cosmetology textbooks. As a United Nations news photographer (1948-1961) and correspondent (1978-1987), de Mille traveled the world to interview world leaders and to document their countries.  He also worked for the City of New York as the assistant personnel director and served as the press relations director for the NAACP Legal Defense and Educational Fund under Thurgood Marshall. 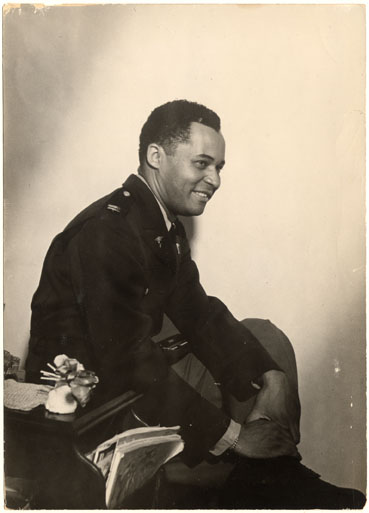 De Mille’s papers span his storied career with a significant amount of papers and images dedicated to beauty culture, the civil rights movement, and his work for the United Nations. Also included are issues from the short-lived Newspic that in one issue featured the musical gifts of a rising star, Helena (Lena) Horne, which de Mille covered for the magazine.  Included as well are NAACP press releases, United Nations correspondent files and interviews with several African leaders, manuscripts, teaching materials, and a large collection of photographs featuring writers and musicians such as Langston Hughes and Duke Ellington, politicians such as Ruth Williams and Jesse Jackson, as well as images documenting the March on Washington and other civil rights-oriented events. 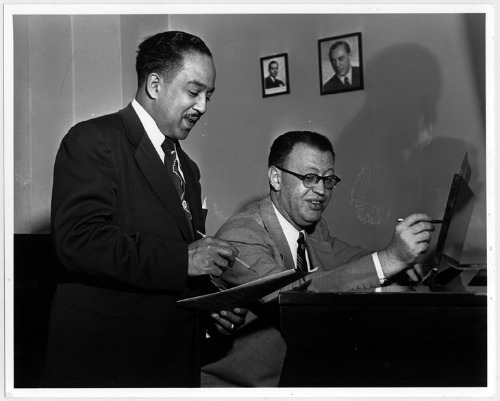 Langston Hughes and Willie Bryant collaborating at the piano, circa 1950s.  Photograph by Arnold de Mille.