Throughout its nearly 30 year existence, a major part of the mission of the Center for Democratic Renewal (CDR) was to act as a clearinghouse of information about hate crime activity. To do this, they had offices in Kansas City and Seattle as well as their headquarters in Atlanta collect newspaper and magazine articles, news stories, and first-hand accounts of incidents from across the country. They also subscribed and obtained numerous newsletters, newspapers, magazines, and other publications. 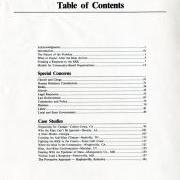 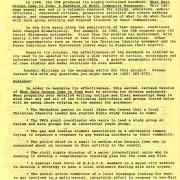 They used this data to produce their publications, fact sheets, and reports on far right and white supremacist groups, hate crimes, church burnings, and other related topics. First published in 1986, their major publication was “When Hate Groups Come to Town: A Handbook of Model Community Responses.” Initially geared towards responses to the Ku Klux Klan, the original manual included case studies from California, Alabama, Georgia, Texas, Connecticut, Kentucky, and Maryland. They interviewed organizers, educators, law enforcement officers, reporters, public officials, average citizens, business people, human rights workers, and “even a few Klansmen.” The guide offered advice on how to respond to hate crime and violent activities, primarily organizing a community group with members from all races, nationalities, religious denominations, and other area representatives. The manual promoted three objectives for all communities to address:

1.      Persuade law enforcement officials to take a forceful public stand against the KKK;

2.      Isolate the Klan politically and socially;

The manual’s second edition included the KKK but expanded to address other groups and issues related to racism, Anti-Semitism, anti-gay and homophobia, and violence against women. It incorporated the broader White Supremacist movement, including Christian Identity, Aryan Nations, Neo-Nazis, Tom Metzger, Skinheads, David Duke, Lyndon LaRouche, the Liberty Lobby, the New Right, and others. It also came with a poster that mapped out Far Right and White Supremacist ideologies, organizations, names, and media. The third edition consisted of updated information of the second edition and added parts to deal specifically with the youth and faith communities. The overview of racism and bigotry included definitions of psychological and cultural racism, scientific racism, political disenfranchisement, unequal access to basic services, and foreign policy, reflecting their expanded goals of addressing racism as reflected not just in actions against people, but in society’s education, health care, social welfare, politics, economic development, and democracy. 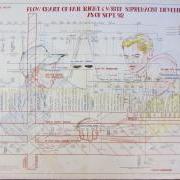 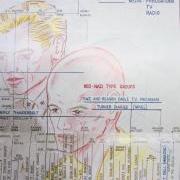 In 2002, the revised the third edition into specifically a faith-based edition. Understanding that “faith-based organizations and churches are some of the most influential social institutions in our country” and had potential to influence people and communities to combat hate crime activity. Written partially in response to the rise of racist activity after September 11, it included how religion influenced and propagated past racial beliefs and how to reframe thinking and discussion to understand and combat hatred. 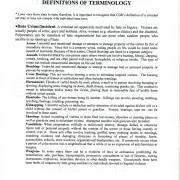 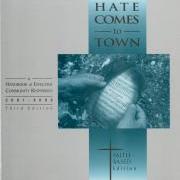