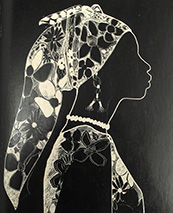 MARBL is honored to add Conditions: a magazine of writing by women with an emphasis on writing by lesbians to our holdings. Conditions comes to MARBL through a generous gift made possible by Professor Cheryl Clarke of Rutgers University and Julie Enszer of the University of Maryland. First published in 1977, the magazine spans multiple genres of writing, with an emphasis on the work of lesbians of color and/or working-class lesbians. The magazine's all lesbian editorial collective established itself in Brooklyn, New York in 1976 and published 17 issues between 1977 and 1990. 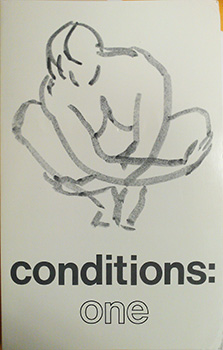 Contributors to Conditions include Dorothy Allison, Gloria Anzaldúa, Ellen Bass, Lorraine Bethel, Cheryl Clarke, Jewelle Gomez, Amber Hollibaugh, Gloria Hull, Audre Lorde, Cherríe Moraga, Joan Nestle, Pat Parker, Minnie Bruce Pratt, Sapphire, Mab Segrest, Barbara Smith, and Adrienne Rich among many others. As a magazine, Conditions ceased publication in 1990 due to funding cuts. Attacks on lesbian women's writing led to the defunding of Conditions by several federal funding agencies (including the National Endowment for the Arts, which characterized Conditions as “more lesbian than literature”). The literary contributions were, for many of the now renowned feminist writers, their first publications. In addition to poetry, fiction and creative non-fiction pieces, Conditions published scholarly essays, interviews, and book reviews. Conditions' commitment to publishing the work of feminist writers and scholars who address issues of social justice and social difference, such as race, class, sexuality, and nationality, provided a platform for feminist work that challenged the predominance of white, middle-class feminist concerns in the women's liberation movement. 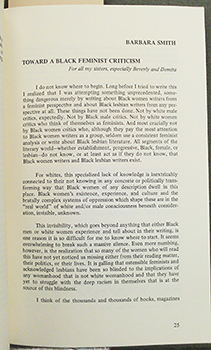 In Conditions' second issue, Barbara Smith's essay, “Toward a Black Feminist Criticism,” forged new language for theorizing Black feminist literature. As a member of the Combahee River Collective, Smith grappled with the difficulties of confronting multiple forms of social oppression in her scholarship. She writes, “I was attempting something unprecedented, something dangerous merely by writing about Black women writers from any perspective at all. These things have not been done. Not by white male critics, expectedly. Not by Black male critics. Not by white women critics who think of themselves as feminists. And most crucially not by Black women critics who, although they pay the most attention to Black women writers as a group, seldom use a consistent feminist analysis or write about Black lesbian literature.” Smith's essay garnered much support and provoked much discussion. Along with Lorraine Bethel, Barbara Smith was invited to guest edit issue five, titled “The Black Women's Issue.” This issue sold over 3,000 copies in less than four weeks, making history among feminist presses. The overwhelming interest in “The Black Women's Issue” led Smith to anthologize those works, along with additional essays, in Home Girls: A Black Feminist Anthology, published by Kitchen Table: Women of Color Press in 1983. A second edition of the anthology was published by Rutgers University Press in 2000. Home Girls continues to be recognized as a watershed text in the history of feminist thought in the United States.

Conditions enhances MARBL's extensive collections in African American history and culture, MARBL's development of LGBT collections, and MARBL's collecting areas in American literature, social justice, and civil rights movements. In addition to preserving Conditions for future generations of readers, MARBL is committed to democratic access to all of our holdings. Any person, regardless of institutional affiliation or reason of study, may request to view materials.