Every June, we take the opportunity to celebrate the contributions and accomplishments of the LGBTQ+ members of our community. Pride is about lifting each other up, honoring our long struggle for equality, and recommitting ourselves to the fight against all forms of oppression that still exist.

This year, in honor of the Tokyo Olympics beginning this summer, we wanted to call attention to trans athletes. We’re in the middle of an unprecedented push to exclude trans folks, especially trans women, from athletic competition in educational institutions. There are currently 35 bills being considered to ban trans student-athletes from competing in multiple states, according to the LGBTQ+ equality organization Freedom for All Americans.

Though these efforts remind us we still have a long way to go to bring about acceptance and fairness for everyone in our community, Pride is also a time to celebrate everyone fighting the good fight. At least nine trans athletes are vying to compete in this summer’s Olympic Games, including CeCé Telfer, Nikki Hiltz, and Chelsea Wolfe from the United States. Weightlifter Laurel Hubbard of New Zealand has already been selected to compete, making her the first openly transgender Olympian.

To these trailblazing athletes, thank you for inspiring all of us to push on and pursue greatness in the face of prejudice. And for everyone who wants to keep fighting for equity in sports, one of the best ways you can get involved is to stay informed and fight misinformation! We invite you to check out the resources below on gender and queerness in sports and athletics. These resources are available to current Emory faculty, staff, and students. Happy reading, happy Olympics, and happy Pride! 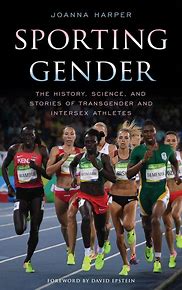 From the publisher: The 2020 Tokyo Olympic Games are likely to feature the first transgender athlete, a topic that will be highly contentious during the competition. But transgender and intersex athletes such as Laurel Hubbard, Tifanny Abreu, and Caster Semenya didn’t just turn up overnight. Both intersex and transgender athletes have been newsworthy stories for decades. In “Sporting Gender: The History, Science, and Stories of Transgender and Intersex Athletes,” Joanna Harper provides an in-depth examination of why gender-diverse athletes are so controversial. She not only delves into the history of these athletes and their personal stories, but also explains in a highly accessible manner the science behind their gender diversity and why the science is important for regulatory committees—and the general public—to consider when evaluating sports performance. “Sporting Gender” gives the reader a perspective that is both broad in scope and yet detailed enough to grasp the nuances that are central in understanding the controversies over intersex and transgender athletes. Featuring personal investigations from the author, who has had first-person access to some of the most significant recent developments in this complex arena, this book provides fascinating insight into sex, gender, and sports. 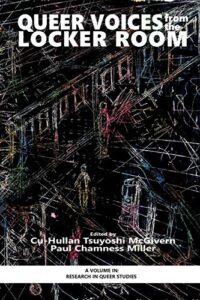 From the publisher: The editors intended for this volume to provide queer and ally athletes a space to have a voice and share the experiences that have been significant in their identity as an athletic member of the LGBT+ community. To that end, this book is a collection of autobiographical short stories of LGBT+ athletes and their experiences in sports and athletics, some who are publicly out and some who are not. Based on the narratives collected, the book is organized around themes that illustrate various perspectives and the power that sport can play in 1) finding one’s true identity, 2) bridging communities, and 3) challenging gender norm stereotypes. The goal of this book is to help change the expectations of what it means to be a successful athlete and promote greater inclusivity of LGBT athletes. Providing the space for these voices to be heard will help to pave the way for a non-discriminating sporting environment, allow LGBT+ athletes to focus on their given sport without any distractions, and enable these athletes to live an authentic life without having to hide their true identity.

From the publisher: Diverse sex, gender, and sexual identities historically have been pushed to the margins in sport. While there is more visibility and inclusion for LGBTIQ (lesbian, gay, bisexual, transgender, intersex, queer) people in sport today than in the past, there still exists bigotry and marginalization. In this book, Vikki Krane and a team of leading sport scholars critically assess what we know about sex, gender, and sexuality in sport; expose areas in need of further inquiry; and offer new avenues for theory, research, and practice. Drawing on cultural studies perspectives, and with social justice at the heart of every chapter, the book discusses theory, policy, practice, and the experiences of LGBTIQ people in sport. “Sex, Gender, and Sexuality in Sport” is an important read for undergraduate and postgraduate students in any class with content on LGBTIQ people in sport, but particularly for those studying sport and gender, sexuality and sport, LGBT studies, psychology of gender, contemporary issues in sport, sociology of gender, and sport and higher education. It is also a vital resource for scholars who conduct research in the area of LGBTIQ people in sport. 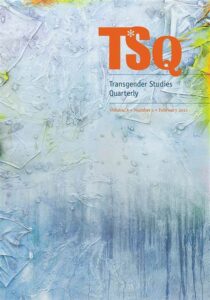 From the publisher: Over the past two decades, transgender studies has become fertile ground for new approaches to cultural analysis. TSQ: Transgender Studies Quarterly offers a high-profile venue for innovative research and scholarship that contest the objectification, pathologization, and exoticization of transgender lives. It publishes interdisciplinary work that explores the diversity of gender, sex, sexuality, embodiment, and identity in ways that have not been adequately addressed by feminist and queer scholarship. Its mission is to foster a vigorous conversation among scholars, artists, activists, and others that examines how “transgender” comes into play as a category, a process, a social assemblage, an increasingly intelligible gender identity, an identifiable threat to gender normativity, and a rubric for understanding the variability and contingency of gender across time, space, and cultures. 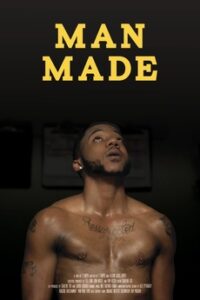 From the production company: “Man Made” takes us into the heart of transgender male culture, revealing unexpected truths about gender, masculinity, humanity and love. Four trans men (who like the film’s director were born and raised female), take a variety of life paths toward stepping on stage at Trans FitCon, the only all-transgender bodybuilding competition in the world (held in Atlanta, GA). “Man Made” is a character-driven, intimate, and riveting verité-style competition film, but also a unique social justice narrative. It speaks to the ways in which we all choose to define and reshape ourselves, both figuratively and literally.

Social Sport – Cut to the Chase with Emma and Kamilah: transgender athletes’ rights and support from the running community