Some of us grew up hearing the story that people living in 1492 believed the earth was flat. 1492 was the year Christopher Columbus first “sailed the ocean blue.”

On October 14 (2015), all Emory 1st year students will attend the Evidence Town Hall in WoodPEC, where two professors, Dr. James Morey of English and Dr. Eric Weeks of Physics, will show evidence from their respective disciplines that refutes the notion that people in Christopher Columbus’s day believed the earth was flat. 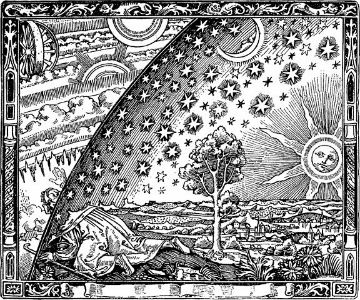 As professors and scholars, Dr. Morey and Dr. Weeks are well versed in the evidence of their disciplines. But as budding scholars, those of you who are undergraduates at Emory might not know how to find (or produce) evidence needed for college courses.

I thought I would share some examples of real student work at Emory to give you a taste of what other students are doing.

For a course on African Americans and sports, a student was researching the integration of the Texas Western College basketball team. The African American Studies Librarian helped the student find historial newspaper articles on integration in the Proquest Historical Newspapers database, and digitized NAACP reports using the History Vault database.

For a freshman seminar course on robotics, the students were given a newspaper article about a new robot invented for medical purposes, and assigned to to find a scientific peer-reviewed journal article written by a computer scientist or engineer about this robot. The Computer Science Librarian helped the students learn the tools of the trade for computer scientists, including IEEE Xplore and ACM Digital Library.

For research on water oxidation catalysis and its role in the production of solar fuels, a chemistry graduate student wanted to comb through published reports of solid state compounds containing particular elements and rare earth metals, and exclude results based on the excitation and emission spectra.  The Chemistry Librarian directed him to Reaxys, a database of chemistry data and literature searchable by chemical name or structure that allows results to be filtered by different kinds of spectroscopic data.

For an undergraduate Experimental Methods class in psychology, a student was designing her own research study on the relationship between social media involvement and stress. The Psychology Librarian helped her find a psychological measure, The Daily Hassles Scale, by using the PsycTESTS database. She also helped the student find the Perceived Stress Scale by using ETS Testlink to find the citation for the test.

Whew — it’s a bit overwhelming, no? That’s why we have subject librarians. They know where to look to find what YOU need. Not sure which librarian to ask? Use “Ask a Librarian” and we’ll direct your question to the appropriate person.