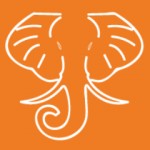 Most Popular HathiTrust Books from Emory for 2017

Usage statistics show that the top 15 most popular volumes contributed by Emory over the past year reflect our collection strengths in African American history and the history of Atlanta. Take a look below!

Boston Napoleon Bonapart Boyd (1860-1932) was born a slave in in Greenville, North Carolina. A dedicated follower of the Bible, he authored three religious texts, including the above Search Light on the Seventh Wonder. In Search Light, Boyd, explores the relationship between science and Christian teachings.

#2 Who’s Who among the Colored Baptists of the United States: Volume I, Samuel William Bacote, 1913 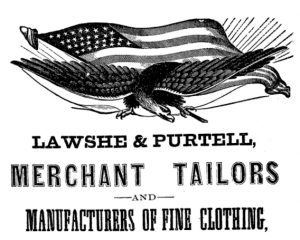 From #11 the Williams Directory

History and Views of Colored Officers chronicles 1,000 cadets of the Officers Training Camp for African Americans, which opened in Des Moines Iowa on June 17, 1917.

This book, digitized for HathiTrust, was part of the personal library of Carter G. Woodson, one of the most important 20th-century creators of black print culture. Woodson’s library is housed at the Stuart A. Rose Manuscript, Archives, and Rare Book Library.

#4 Twelve Years a Slave: The Thrilling Story of a Free Colored Man, Kidnapped in Washington in 1841, Sold into Slavery, and after a Twelve Years’ Bondage Reclaimed by State Authority from a Cotton Plantation in Louisiana, Solomon Northup, n.d.

Twelve Years a Slave is the memoir and slave narrative of Soloman Northup, a free black man kidnapped and sold into slavery in the Deep South. First published in 1853, this book provides a first-person account of twelve years on a Louisiana plantation, Bayou Boeuf. Northup’s memoir has been adapted for the big and small screen. In 1984, famed activist and photographer Gordon Parks directed a television version. In 2013, the book was made into a feature film.

#5 The Atlanta Exposition and South Illustrated, 1895 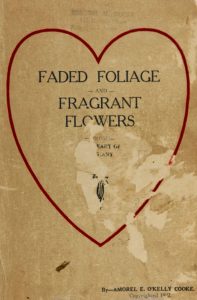 #6 Pennsylvania Negro Business Directory, 1910 :Industrial and Material Growth of the Negroes of Pennsylvania, 1910

The Pennsylvania Negro Business Directory is a list of African American businesses in the state. According to the introduction, the editors estimated that African Americans controlled some $15,000,000 worth of property in 1910.

#7 The Negro at Mound Bayou: Being an Authentic Story of the Founding, Growth and Development of the “Most Celebrated Town in the South,” Covering a Period of Twenty-Two Years, Aurelius P. Hood, 1909

This autobiography of Frederick Douglass, the social reformer, abolitionist, orator, writer and statesman, discusses Douglass’s remarkable life during and after the Civil War. “It will be seen in these pages that I have lived several lives in one,” Douglass writes. “First the life of slavery; secondly, the life of a fugitive from slavery; thirdly, the life of comparative freedom; fourthly, the life of conflict and battle; and fifthly, the life of victory, if not complete, at least assured.” 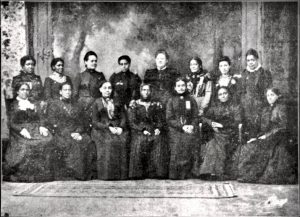 From #10 Piney Woods and its Story

This is the first issue of the Williams’ Atlanta Directory, City Guide, and Business Mirror, published just twelve years after the city was incorporated.

This church history was written by Reverend W. H. Mixon, an author and a member of the North Alabama Conference of the African Methodist Episcopal Church.

#13 Faded Foliage and Fragrant Flowers from the Heart of Bethany, Amorel E.O’Kelly-Cooke, 1922

This souvenir program and history of Bethany Baptist Church of Newark, New Jersey was prepared in 1909 for their Grand Jubilee.

This sheet music also includes an illustrated rendering of the minstrel song. For alternative illustrations of the minstrel and an examination of racist imagery throughout history see Life Upon These Shores: Looking at African American History, 1513-2008 by Henry Louis Gates.

#15 The Official Catalogue of the Cotton States and International Exposition: Atlanta, Georgia, U.S.A., September 18 to December 31, 1895

Unlike the Atlanta Exposition and South Illustrated (#5 above), this was the “official” souvenir publication of the Cotton States Exposition, which drew nearly 80,000 visitors over 100 days.

Thanks to the California Digital Library for inspiring this post.