SCLC began airing Martin Luther King Speaks, a weekly thirty minute radio program, in early 1967.  The program, which initially aired speeches and sermons by Martin Luther King, Jr., was an innovative expansion of SCLC’s public relations efforts.  Following the assassination of King in April 1968, SCLC continued to broadcast the program.  The leadership of SCLC used MLK Speaks as a platform for publicizing campaigns and direct action efforts, with Ralph David Abernathy, Andrew J. Young, and other staff members frequently appearing on the air.

MLK Speaks also played a central role in SCLC’s efforts to preserve the memory of Martin Luther King, Jr.  Over time SCLC aired a greater variety of programs, but shows always opened and closed with relevant clips of King speaking, so that King’s words provided the context for the rest of the program.  By 1969 over ninety radio stations broadcast the program, reaching an audience of over five million people.  MLK Speaks made King’s speeches and sermons available to an even wider audience by selling recordings.  They produced their first record, a specially produced birthday tribute to King, in 1969.  Eventually the department was able to accommodate the countless requests they received for more recordings by King when they began selling tapes for a small fee in 1971.  Through radio broadcasts and tape sales, MLK Speaks disseminated King’s voice to a nationwide audience, in the process helping to shape his legacy. 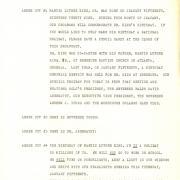 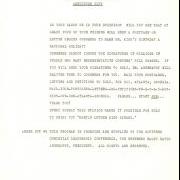 Above:  Announcer copy for a program that originally aired in 1970.  Click to view larger images.

In addition to being SCLC’s mouthpiece, MLK Speaks also served as a forum for the discussion of broader issues and problems affecting the African American community.  These programs demonstrate SCLC’s engagement with various social movements in the late 1960s and 1970s, including the student movement, anti-war protests and the Black Power movement.  MLK Speaks featured interviews with such prominent figures as Allen Ginsberg, Dick Gregory, and Harry Belafonte.  It also aired several programs featuring activists in the women’s movement; for instance, in 1971 MLK Speaks aired an interview with Florynce Kennedy and Diane Schulder about their controversial book, Abortion Rap.  Angela Davis appeared on several programs, and speeches by Eleanor Holmes Norton and Dorothy Height were also aired.  Despite the efforts of MLK Speaks to broadcast the views of women activists, the documents in the collection also indicate that feminists had an ambivalent attitude toward SCLC.  For example, noted lawyer and activist Pauli Murray agreed to be interviewed by MLK Speaks in 1970, and a portion of that interview was broadcast.  However, the unaired portion reveals that Murray had serious concerns about the role of women within the organizational structure of SCLC.  Nevertheless, MLK Speaks remained a forum for a wide variety of opinions on contemporary issues, including opinions that differed from those of the SCLC leadership. 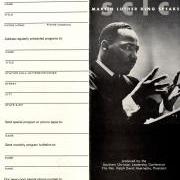 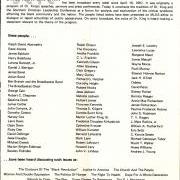 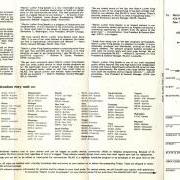 Above:  Brochure describing the program.  Click to view larger images.

The weekly radio program was broadcast through at least the early 1980s, with periods of interrupted service.  MLK Speaks continued to sell tapes of King’s speeches and sermons until at least 2000.

The Southern Christian Leadership Conference records currently are closed to researchers for processing.  They are expected to open in 2012.