As National Hispanic Heritage Month comes to a close on Oct. 15, we’d like to highlight some additional resources. The Emory Libraries hold thousands of streaming video titles, including educational documentaries, feature films, and primary source materials such as interviews. This blog post focuses on some of the platforms and feature films that may be of interest for Hispanic Heritage Month. Streaming video is accessible to current Emory ID holders.

Alexander Street Press Academic Video Online (AVON) is a collection of more than 70,000 videos. This service offers Emory faculty, staff and students access to several of Pedro Almodovar’s feature films, including “Women on the Verge of a Nervous Breakdown,” “The Law of Desire,” “Volver,” and “The Skin I Live In.” AVON has over 40 feature films from the Instituto Mexicano de Cinematografía (IMCINE) mainly from the 1970s and 1980s. Finally, AVON has the streaming video for the two recent Latin American films that won the Academy Award for Best Foreign Film – “The Secret in Their Eyes” (Argentina, 2010) and “A Fantastic Woman” (Chile, 2018).

Holdings in the Music & Media Library

Another source for feature films is Emory’s Heilbrun Music and Media Library, which houses a collection of about 30,000 DVDs, 2,700 Blu-rays, and thousands of titles in other formats such as VHS, LaserDisc, and 16mm. There are over 3,000 Latin American, Iberian and Latino films in the Music & Media Library. Many of these films can be checked out for viewing outside of the library as part of the DVD Lend program. These holdings can be located through discoverE’s advanced search function by setting the pull-down menus to “In Subject” and “is (exact)” entering search terms such as Motion pictures Argentina, Motion pictures Cuba, Motion pictures Mexico or Motion pictures Spain.

Every year multiple sources compile lists of films recommended for viewing during National Hispanic Heritage Month. The following brief list of films (selected from those lists) deal with the Hispanic experience in the United States and are held by Emory Libraries on DVD. Please check the borrowing privileges webpage for more information; due to COVID-19 precautions, the Libraries are not open to visitors at this time.

Quinceañera (2006; Emily Rios, Jesse Garcia, Chalo Gonzalez, Jesus Castaños-Chima, Johnny Chavez, J.R. Cruz, Araceli Guzmán-Rico, David Ross, Teresa-Michelle Ruiz). The story of a girl in Los Angeles about to celebrate her 15th birthday who is forced by her family to leave after she becomes pregnant and moves in with other outcast relatives in a rapidly gentrifying neighborhood. 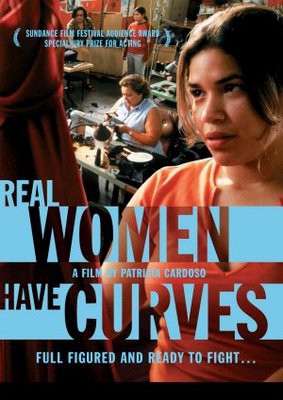 Real Women Have Curves (2003; America Ferrera, Lupe Ontiveros, Ingrid Oliu, George Lopez, Brian Sites). Coming of age tale about a girl in Los Angeles who wants to attend college but is forced to confront her family’s wish that she instead help support the family. She develops a new respect for them after working with her mother in a sewing factory over the summer.

Selena (1997; Jennifer Lopez, Edward James Olmos, Rebecca Lee Meza). A film biography that charts the life and career of Selena Quintanilla, “The Queen of Tejeno Music” who was murdered at age 24.