The Woodruff Library at Emory University has purchased several new databases in recent months that will greatly enhance student and faculty research and classroom teaching and learning. Today, we’ll profile one of them, called the East India Company.

The East India Company provides an array of documents to Emory faculty, students, and staff previously accessible only to patrons of the British Library in London. These materials encompass critical administrative and legal records produced by both the East India Company as well as the British metropolitan government between the 17th and 20th centuries. 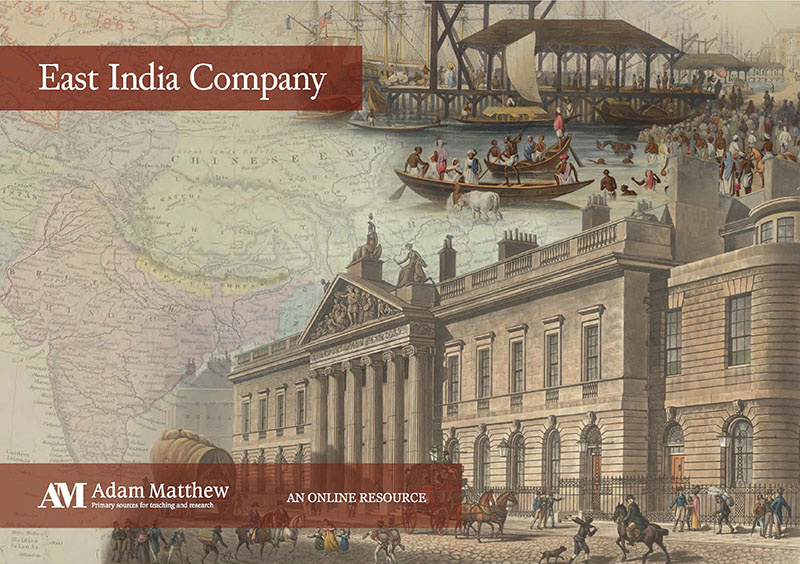 The database’s chronological and geographical capaciousness makes it a valuable resource for scholars focused on the British Empire, South and Southeast Asia, and (once the third module launches in 2019) East Asia, Africa, and the Middle East. Thematically, the database holds a wealth of materials for those interested in imperialism, globalization, diplomacy, war, and legalism during both the early modern and modern periods.

At Emory, this database will bolster both undergraduate and graduate instruction and research. East India Company could be immediately incorporated into lessons or research assignments for established courses on Modern Europe, Modern South Asia, Britain and its empire, and economic history.

The resource also supports the research of current graduate students, like Andrew Zonderman (German migrations in the 18th-century British Empire) and Shatam Ray (the intersectional history of labor and environment in 19th-century capital through the study of the commodification of opium in Malwa in Central India). Furthermore, East India Company will also support the Department of History’s research and graduate instructional focus on nations and empires, one of the themes the department is emphasizing as it looks to supplement traditional geographic foci.

“The East India Company database is tremendously useful,” history professor Tonio Andrade said. “Not only does it contain materials—published books and unpublished manuscripts—that my students (both grad and undergrad) can use in their work, it also contains materials that I myself plan on using. I’ve very pleased to have it added to our digital collections.”

The East India Company database is available now via our licensing agreement to current Emory students and faculty at the links below.