Welcome to New Databases! This blog series from the Robert W. Woodruff Library is intended to give you a brief introduction to databases that you may not know and to provide you with some tips to get you started.

To explore all of our databases, please visit Emory Library’s databases page 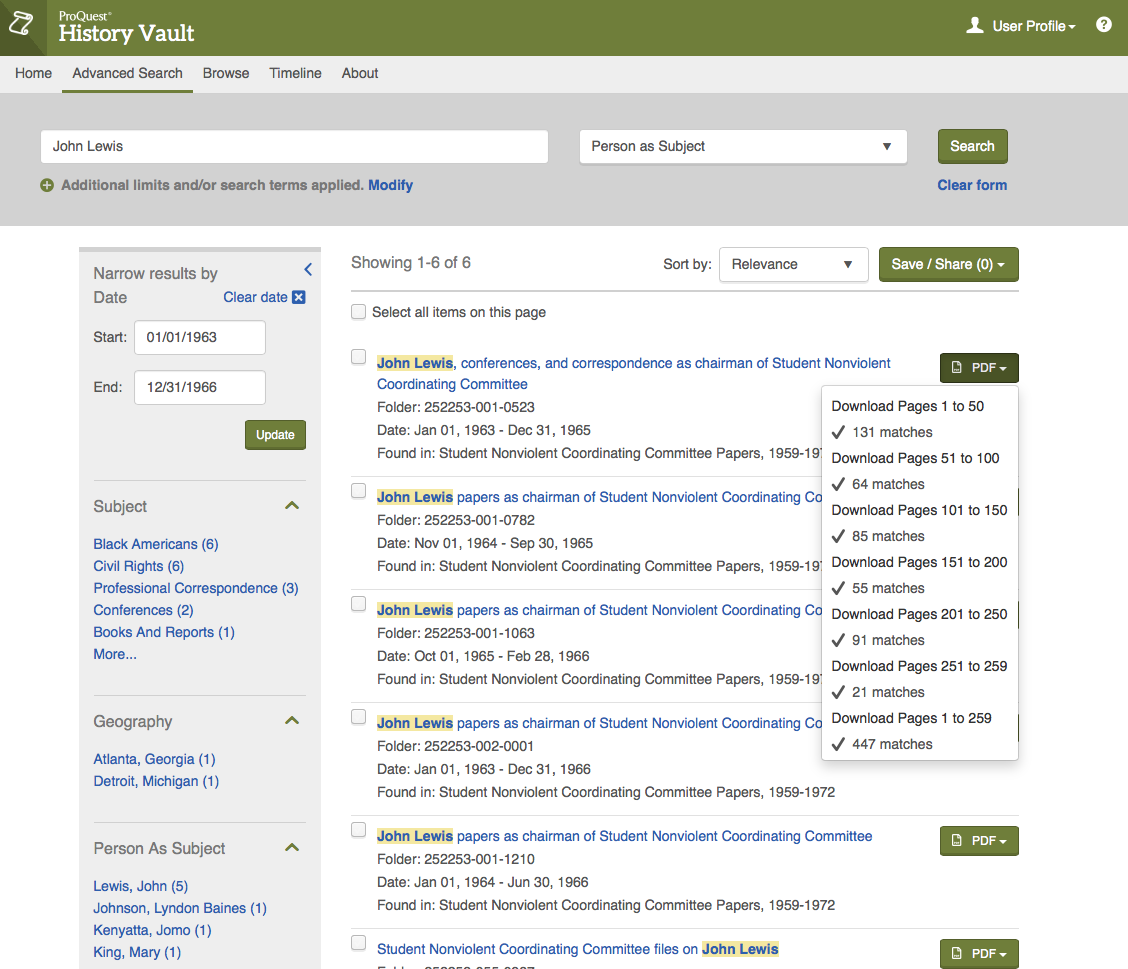 Why you should know this database: One of the most important civil rights groups of the 1960s, the Student Nonviolent Coordinating Committee (SNCC) was formed by student activists nationwide in response to the burgeoning student sit-in movement in 1960. SNCC adopted the Gandhian theories of nonviolent direct action, which had been formulated by the Congress 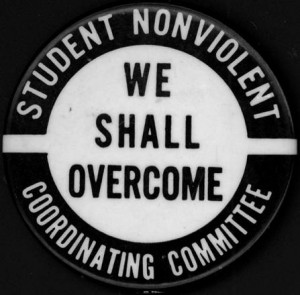 of Racial Equality (CORE) in the 1940s. The SNCC collection includes correspondence, project files, internal reports, and printed materials generated by the SNCC organization as it challenged racial barriers, faced internal crises, and sought a leadership role in the fight for desegregation, voter’s rights, and Black power. The collection includes documentation on the important moments in SNCC history, like John Lewis’s election as SNCC chairman in 1963; SNCC involvement in the Birmingham demonstrations in the spring of 1963; Lewis’s speech at the August 1963 March on Washington; the Mississippi Summer Project in 1964; the election of Stokely Carmichael as SNCC chairman and the radicalization of the group as Carmichael moved to identify the SNCC with the militant Black Power Movement; the 1967 election of H. Rap Brown as chairman, marking an even greater shift toward militarism; and SNCC’s collapse in 1970 from loss of leadership and funds.

Organizational Records and Personal Papers, Part 2 also include the records of another major civil rights organization, the Congress of Racial Equality (CORE). In 1941 a small group of student activists in Chicago banded together, embracing Mahatma Gandhi‘s principles of nonviolent direct action in their fight against segregated housing andplaces of public accommodation. Within three years, this local cell had become a national organization that would, in the ensuing two decades, play a prominent role in the American civil rights movement. In this collection, students will find documents on CORE’s fight for equal housing, equal employment opportunities, desegregated schools and transportation and voting rights. CORE’s pioneering Journey of Reconciliation in the 1940s and its later involvement in the Freedom Rides in the early 1960s are also documented here, as is CORE‘s relationship with other civil rights organizations such as SNCC, SCLC, NAACP and the Urban League.

Rounding out this module is correspondence, speeches, and materials published by movement leader Robert F. Williams, the Africa-related papers of Claude Barnett Papers; the Arthur W. Mitchell papers, focusing on Mitchell’s career as a member of the U.S. Congress from Chicago from 1934-1942, and the Midwest Academy Records, Series 4, containing Heather Booth’s personal files in her work on the Mississippi Freedom Summer. This description, adapted from Proquest, can be viewed in its entirety within Proquest’s Black Freedom Struggle Guide, pg. 6-7.

Who should I contact if I have a question?: If you would like more information about this database or a demonstration for a class, contact African American Studies and United States History Librarian, Erica Bruchko (berica [at] emory [dot] edu).