The National Association for the Advancement of Colored People (NAACP) is best known for using the courts to overturn Jim Crow statutes.  However, the organization pursued a wide-range of goals reflected in the NAACP Atlanta Branch Records.  Of its many standing committees, Political Action constitutes one of its most interesting.  The goals of the Political Action Committee focused on voter registration, the enactment and repeal of pertinent legislation, and other major political issues affecting African Americans in Atlanta and across the world. 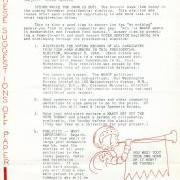 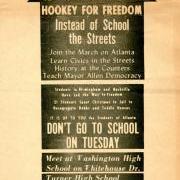 For many people the term “Jim Crow” evokes the iconic image of a water fountain labeled “white” and “colored.”  While the segregation of public facilities was a constant reminder of racial inequality in the Jim Crow South, the disenfranchisement of large numbers of the African American community was, perhaps, even more insidious.  Civil rights organizations like the NAACP Atlanta Branch recognized how important the vote was for African Americans on the local and national level. The Political Action material contains a wealth of information from the 1960s to the 1980s about the NAACP’s efforts to register voters as well as educate their constituents about candidates and issues. 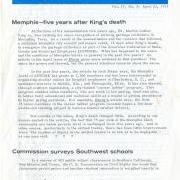 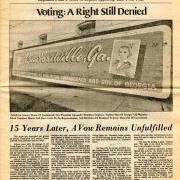 Alongside their efforts to increase the number of black registered voters, the Political Action Committee also monitored pertinent legislation at the local, state, and national level.  The Atlanta Branch’s lobbying network labored to get discriminatory laws removed from the books. They also pressed the various legislative bodies to enact legislation that would benefit the African American community, particularly in the areas of expanded social welfare services and education. 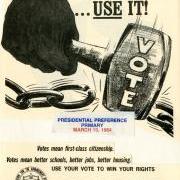 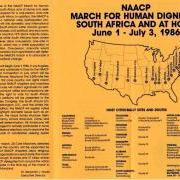 The NAACP Atlanta Branch Records: Political Action Series contains information on a great deal of the organizations efforts to affect change in Atlanta, the United States, and the world.  Scholars, students, and interested citizens will find legislation, newsletters, articles, fliers, voting records, correspondence, and other material documenting their efforts and events from the 1950s through the 1990s.