The Rose Library is kicking off Pride Month with a new exhibit, “Forbidden Loves and Secret Lusts: Selections from the Golden Age of Queer Pulp Fiction,” featuring queer pulp novels from its collections.

Pulp novels—paperback books printed on cheap paper and distributed at magazine stands and drug stores—revolutionized the way that America read in the 1950s. For the first time, books were inexpensive, widely available, and highly portable. The bright, often lurid covers demanded attention in the supermarket checkout line and helped to make leisure reading a more widespread hobby across all demographic lines. 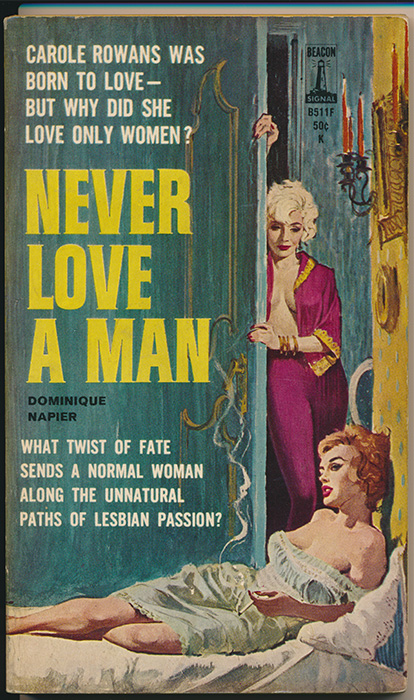 Many pulp novels were genre fiction—science fiction, detective novels, westerns, romances—and almost all of them were meant to shock or titillate with sensationalist stories about violence, drugs, or sexuality. Queer pulp novels fell squarely into this latter category with cover art depicting sultry femmes fatales and text punching up the sex factor of even relatively tame books with tag lines like “The bizarre world of the outcast sex—women who seek their pleasures with other women!”

The marketing may have been sensationalized, but it definitely worked—one of the first major paperback bestsellers of the pulp era was a novel called “Women’s Barracks” that included a lesbian relationship and became a massive hit with American readers. Following this success, publishers realized that queer content sold well and jumped on the bandwagon to produce more of it. As a result, thousands of gay and lesbian pulp novels were printed between 1952 and 1968, with the most popular of them going into multiple printings and selling into the millions of copies. 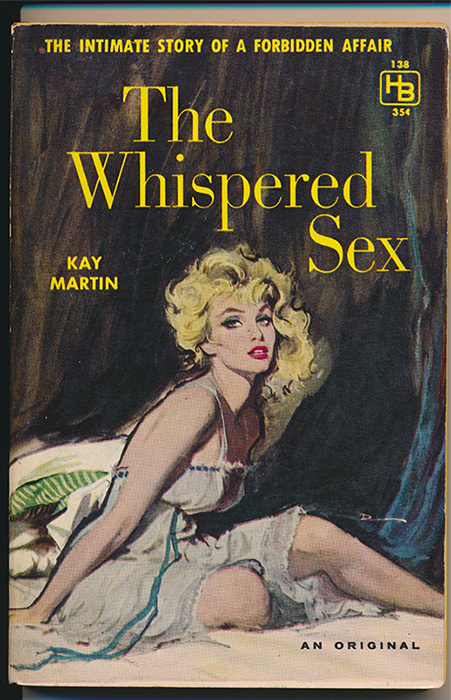 The barrage of gay pulp novels that came after “Women’s Barracks” ran the gamut from quickly produced, poor quality erotica to campy parodies of mainstream spy thrillers to truly sensitive and well-written accounts of self-discovery and queer individuals trying to build a life in a deeply homophobic and hostile time. Though the quality and content were inconsistent, for many queer Americans these pulp novels were the first time they had seen themselves represented in any kind of mainstream media and the very existence of these novels makes them a valuable record of postwar America. 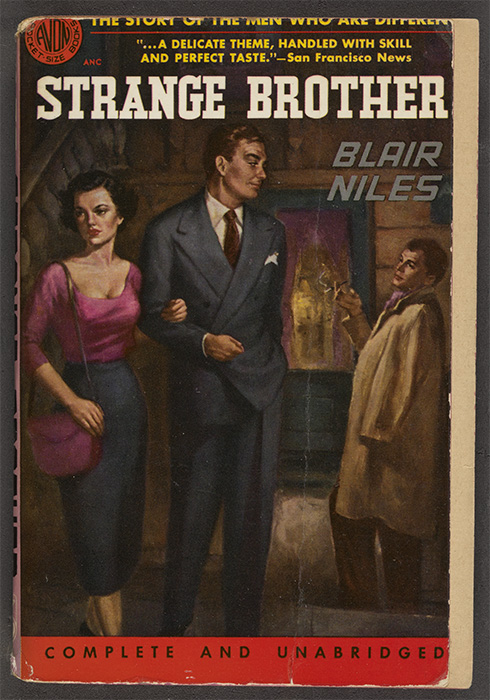 Pulp novels have always been a cornerstone of the Rose Library’s LGBTQ collections, and over the years we have collected hundreds of these queer pulp novels dating from the early 1950s through the late 1970s, which has provided an incredible variety of material to draw from for this exhibit. The current exhibit includes a copy of the earliest paperback original with a plot focused on gay men, “Men into Beasts,” and classics by the queen of lesbian pulp, Ann Bannon. There is also a case focusing on the sometimes sleazy, sometimes seductive, but always striking cover art and the artists that gave the pulp novels their distinctive aesthetic. 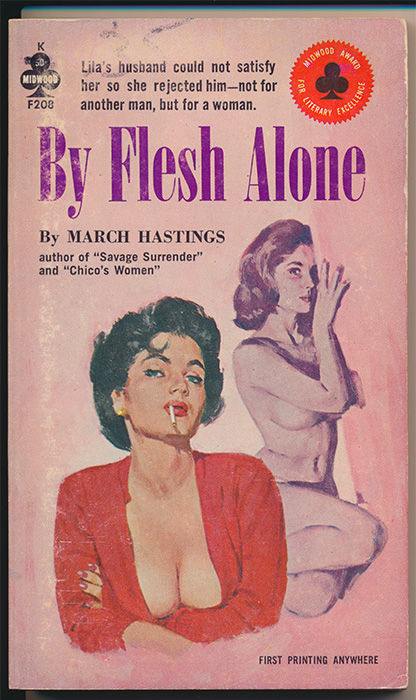 “Forbidden Loves and Secret Lusts: Selections from the Golden Age of Queer Pulp Fiction” is on display in the Rose Library on the 10th floor of the Woodruff Library building through October 7, 2022 during regular Rose Library hours.

—Carrie Hintz is the exhibit’s curator and associate director of the Stuart A. Rose Manuscript, Archives, and Rare Book Library. Cover images from collection materials in the Rose Library at Emory University.