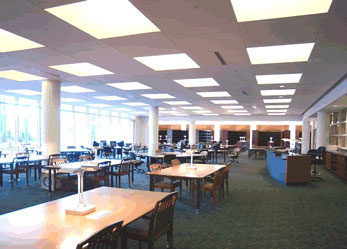 Information on the Complex issues and what is at stake

Late on the afternoon of September 13, Georgia Secretary of State Brian Kemp announced that on November 1 he would be eliminating all public access hours and several staff positions at the Georgia State Archives.  His decision was in response to a mandate from Governor Nathan Deal that all state agencies reduce their budgets by 3%.  The original press release from the Secretary of State promised that the Archives would remain open by appointment, but that those appointments would be limited based on the schedule of remaining staff.  On Friday, September 14, Kemp announced that seven of the ten current Archives employees would lose their jobs effective October 31.  This will leave the Archives with two professional archivists and one facilities manager on staff, and as a result the Georgia public can expect little to no access to its public record.

The Coalition to Save the Georgia Archives, which includes a number of organizations such as the Friends of Georgia Archives and History, the Society of American Archivists, the Association County Commissioners of Georgia, and the Georgia Historical Records Advisory Board, has launched an aggressive campaign to keep the Georgia State Archives open.  The State Archives has already been decimated by consistent budget cuts over the last several years.  At stake is not only access to these records for historical scholarship and family history research, but the civil rights of Georgia citizens and the transparency and effectiveness of the state government of Georgia.  Unfortunately, two archivists are not capable of offering an appointment schedule that will satisfy the legal mandate to make these records available to the public.

Governor Deal has promised that the archives will remain open; however, he has yet to offer a detailed plan and has stated that he has no ability to overturn Secretary Kemp's decision.  If Kemp's decision stands, the Archives will suffer a loss of talent and reputation it will take years to recover.  Please stand up for the Archives and contact the Secretary of State's office and your local legislators.  They need to know that you support access to Georgia's public record.  You can find your legislators and their contact information at votesmart.org.

Late on the afternoon of September 13, Georgia Secretary of State Brian Kemp announced that on November 1 he would be eliminating all public access hours and several staff positions at the Georgia State Archives.