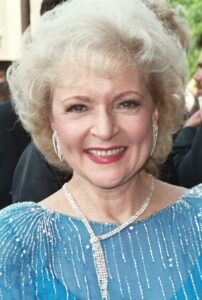 Betty White at the 1988 Emmy Awards

Monday, January 17th would have been Betty White’s 100th birthday. Like many of her adoring fans, I was planning on throwing a Golden Girls bash, which consisted of my wife, our 3 cats, and me. I wanted to invite more people, but as you know, Omicron has put dents in many people’s plans for socializing, so it was just us.

However, on December 31st, while driving, I learned of her passing. I had to pull over, I was devastated. I immediately starting crying and didn’t realize in that moment how hard I would take her passing. I knew I would be affected, but a celebrity dying has never caused a visceral reaction in me. Evidently my family and friends knew how bad I would take it since I received many calls from them checking in on me.

Let me explain a little why I was devastated. In January 2020, I moved from Boston to begin my position at Emory, and was overwhelmed by moving to a new city. On top of that, COVID-19 happened in March and all of a sudden, I was isolated. Then, my wife and I decided to separate. I was really at a low point in my life. And how I managed to cope was by watching The Golden Girls, on repeat. I mean ON REPEAT. I watched the series about 10 times through by the end of the year. Nothing else played on my television but that show. When I try to explain to people why I love the show so much it goes something like this, “I don’t know, they are hilarious, and they tackle topics that were pretty controversial at the time, LGBTQ issues, homelessness, sexual harassment, age discrimination, sex in your 60s. And it is just so well written and I laugh during every episode like it is the first time I’ve ever seen it.” I was able to find solace in these women. They helped me get through a very difficult time in my life. We all struggled in 2020, and 2021, and maybe even 2022, but we all had ways of “getting through it.”

Now she is gone, and I reflect on her life. I am not going to put up her biography, because there are many of those floating around on the internet. I learned so much about her and the other three women through my Golden Girls adventures.

1. I knew she was an animal lover. She loved all animals, no matter how scaly or fuzzy, she loved them all. She found that love in her youth while on camping trips with her parents.

2. She was hilarious; she had such good timing. She was very smart, unlike her character Rose who was depicted as naïve on Golden Girls. She had a long stint in participating in quiz shows, such as Password, where she met her late husband, Allen Ludden.

3. Above all she was a pioneer in her field. In the 1950s on her The Betty White Show, she defied Southern local racist television stations by having tap dancer Arthur Duncan on her show, telling those against his appearance simply, “I’m sorry. Live with it.” The show was canceled soon after due to poor ratings. 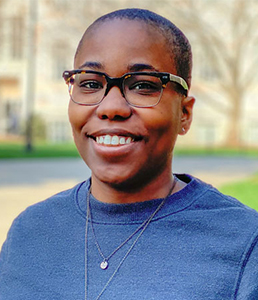 I’m going to miss Betty dearly. Although I was still sad, I was still going to celebrate her. So on her 100th birthday, I once again streamed Golden Girls non-stop, put out a spread of food that Blanche, Dorothy, Rose, and Sophia would have enjoyed on the show, (my sister actually bought me a Golden Girls cookbook for my birthday, but I didn’t have the patience to prepare anything from it) and participated in the #BettyWhiteChallenge, by donating to a local animal shelter or a shelter she supported in her life. I decided to donate to Paws Atlanta in honor of Betty White.