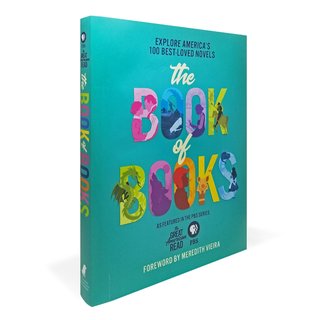 Over the past few weeks, public television network Public Broadcasting Service (PBS) has been showing its eight-part series The Great American Read. In its first episode, the network revealed its list of 100 most-loved novels chosen by a public survey. With the list announcement out of the way, the show’s following episodes focus on the books and their authors, the ways in which the books have affected people’s lives, and how these stories reflect on American culture.

As you may expect, there are many American classics on the list, but there are also a number of recent books, too. PBS only allowed one book per author on the list, to keep it diverse. It’s definitely worth a look. The Robert W. Woodruff Library already had many of the books on PBS’s list, and we’ve ordered copies of those that we didn’t own. Graduate student Kyle Tanaka graciously agreed to create a library guide devoted to the Great American Read, complete with links to each title in discoverE.

In addition, we’ve ordered the companion book to the Great American Read, The Book of Books. In it, you’ll find information about the books and their authors, including photos of original manuscripts, television and film adaptations of the books, and other works by the authors.

How many of these books have you read? How many do you have left to read? What other books deserved to make the grade but didn’t? Let us know in the comments!