Through correspondence, case files, and office files, the Legal Records of the Southern Christian Leadership Conference provide a look into the operations of the organization’s legal counsel between 1960 and 2002. The documents primarily cover the time from 1968 to 2002, when SCLC and its employees and affiliates were most engaged in litigation and other projects, like the SCLC Gun Buyback Project, dealing with copyright infringement and use of the “Martin Luther King, Jr.” name, and offering legal assistance and advice, even when not directly involved in a particular suit. The papers in this series are mostly comprised of the records of Chauncey Eskridge, who acted as King’s attorney, Director of the Southern Christian Leadership Foundation, and SCLC’s general counsel from the mid-1960s to the late 1970s. There are few records documenting legal activity during the 1980s, but the series provides a more comprehensive view of SCLC’s involvement in legal affairs throughout the 1990s and early 2000s, under the legal direction of Roxanne Gregory. In addition to aiding SCLC in legal affairs, Ms. Gregory also championed many social causes, both for SCLC and other organizations, like the Center for Children and Education, as a representative of SCLC and its mission. 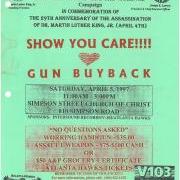 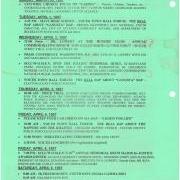 Above left: Front of flyer advertising an SCLC gun buyback event, 1997. Above right: Back of event flyer, 1997.

One of Ms. Gregory’s most prominent roles outside of working as SCLC legal counsel was acting as Director of the SCLC Gun Buyback Program. The program, a partnership between SCLC and the United States Department of Housing and Urban Development, sought to rid the streets of legal and illegal weapons, in the wake of increased gun crime in urban areas and school shooting. The program was initially launched in the mid-1990s, and revitalized with renewed support at the end of the decade and into the early 2000s. The evens were primarily held at housing authorities, and offered cash, sporting event tickets, and grocery store gift cards in exchange for working guns. The Gun Buyback Program saw support from families of the victims of Columbine and other school shootings, in addition to soliciting other partnerships from professional sports organizations, like the National Football League. In addition to holding these events, SCLC also distributed literature and created a training video to aid other organizations in hosting their own gun buyback events. 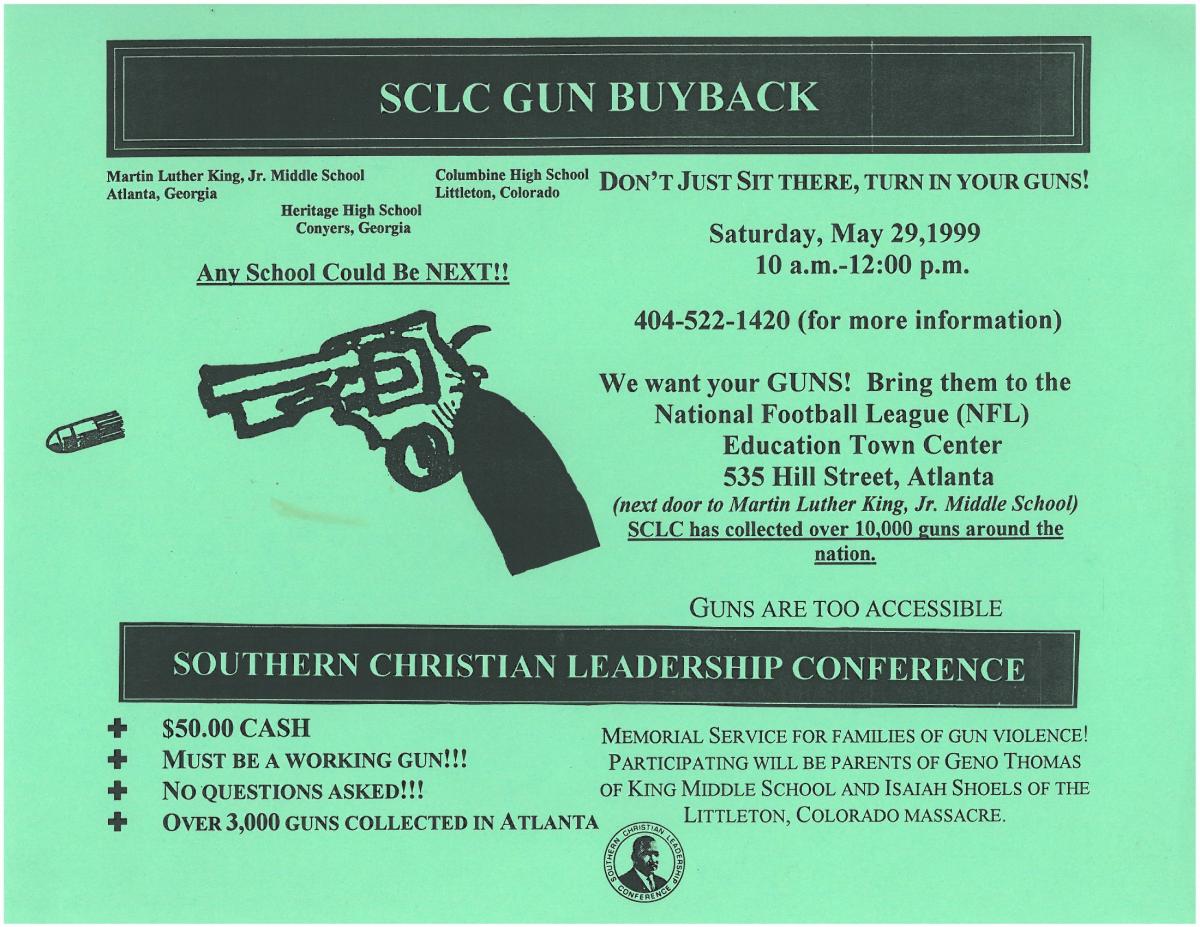 NOTE:  The Southern Christian Leadership Conference records currently are closed for processing.  They are expected to open Spring 2012.  Please contact the archivist for more information.  Materials related to Roxanne Gregory and the SCLC Gun Buyback Program will be available in the Legal Records series of the SCLC papers.