Through financial records, grant documents, correspondence, and records related to a variety of social projects, the papers of the Southern Christian Leadership Foundation provide a comprehensive view of the activities of the charitable organ of SCLC between 1962 and 2001. The documents primarily cover the period from 1966 to the mid-1990s, when the Foundation was most active, administering grants to individuals, organizations, and SCLC, as well as overseeing and operating textile business ventures, like Crawfordville Enterprises, under the leadership of Chauncey Eskridge, the Foundation’s Director. The papers in this series primarily document the actions of Eskridge as Director (though he also served as SCLC’s legal counsel), a position he held from the inception of SCLF in 1966 (originally called the Martin Luther King, Jr. Foundation) until the mid-1980s, when operational responsibilities were taken over by Betty Brooks, the Foundation’s long-time administrative assistant and aid to Eskridge. Included in the series is correspondence, the records of Crawfordville Enterprises, financial records, documents detailing grants to SCLC to cover operating expenses, other grants to fund projects undertaken by individuals and organizations, and other ventures SCLF involved itself in, including the MLK International Freedom Games. 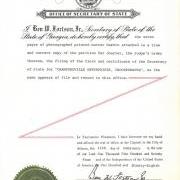 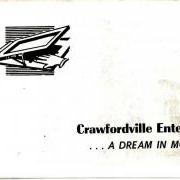 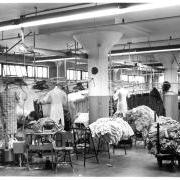 Above left: A photograph of the Crawfordville Enterprises textile plant. Above right: Business plan for Village Creations, 1972. Click to view full size images.