This is the third in a series of blog posts that brings together Emory Libraries’ resources with the current struggle to foster social change and anti-racism. Over the course of the series, topics include Black Student Activism at Emory, Protests and Movements, Voting Rights, and Authors and Artists as Activists. We hope the connections that you make between our collections and current events will lead to research, scholarship, engagement, and a new understanding.

Note: As of Oct. 28, election officials are urging voters who have filled out an absentee ballot not to return it by mail due to possible mail delays, but to instead place it in one of the official ballot drop boxes. Locations of Metro Atlanta official drop boxes can be found at this link; students who live outside the Atlanta area or in another state can do a web search for their county and “official ballot drop box locations.” 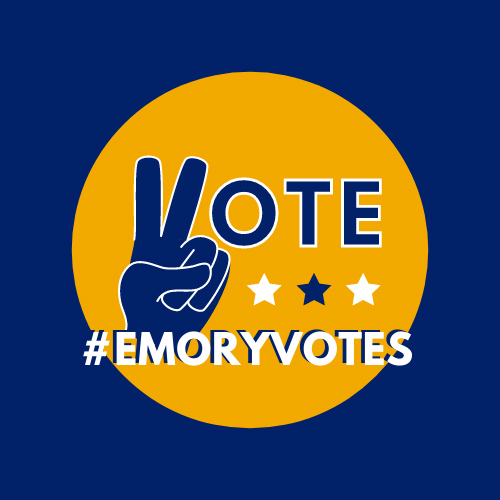 Make sure that you exercise your right to vote in the 2020 presidential election on Tuesday, Nov. 3. To get started everyone is encouraged to sign up on the Emory TurboVote platform, an online tool that walks you through the steps you need to cast your ballot. Don’t forget your photo ID.

If you’re planning on voting absentee, here are some important deadlines. However, we advise planning in advance of these deadlines. The best advice: Don’t wait, do it now!

Absentee ballot requests must be received by Oct. 30, returned by mail and received by Nov. 3 (see note above), or returned in person to an official ballot dropbox location by 7 p.m on Nov. 3.

If you’re an Atlanta-area resident and prefer to drop off your absentee ballot, you can find a list of official dropbox locations for Fulton and DeKalb counties at this webpage.

In Georgia, early voting locations are open now through October 30. Here’s a useful guide for registered voters in Georgia.

If your permanent residence is outside of Georgia, visit the Voter Resources page.

Visit the Emory Votes Initiative page for more resources and voting advice. If you run into problems casting your vote, call the Election Protection Voter Helpline at 866-OUR-VOTE (866-687-8683). 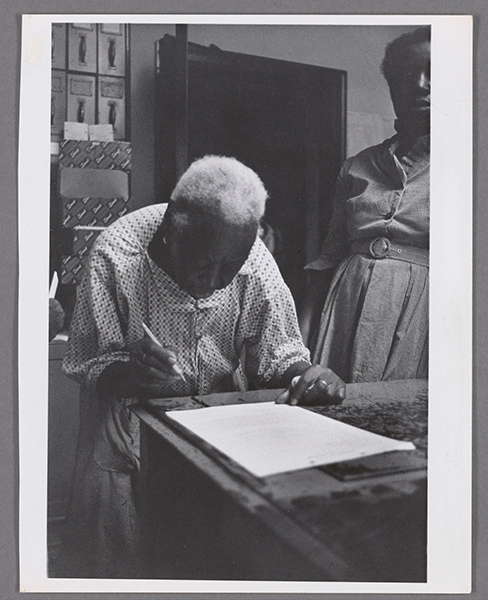 Since the passage of the Reconstruction-era amendments, African Americans have repeatedly faced official and unofficial measures of harassment and intimidation to prevent them from voting. Poll taxes, literacy tests, and grandfather clauses were just a few of the tactics employed to stop African Americans from exercising their right to vote.

The denial of the right to vote and voter suppression, which continues today, spurred the activism of civil rights leaders like John Lewis and C.T. Vivian. They fought hard and dedicated their lives to maintaining and protecting the right to vote, only to see the heart of the Voting Rights Act gutted in 2013.

This change in the Voting Rights Act unleashed a campaign of wanton disregard for the rights of the voting public, prompting modern-day barriers such as targeted closure of poll locations, restrictive voter ID laws, and purging of voter rolls.

Explore these collections around voting:

Congress on Racial Equality (CORE) the organization founded in 1942 by an interracial group of students in Chicago, who spearheaded the use of nonviolent direct action in the struggle for civil rights.

Interested in learning more about voting rights issues? Visit the New York Times via Emory Libraries or our local and regional newspapers. Join the conversation on Twitter at Lift Every Voice 2020.