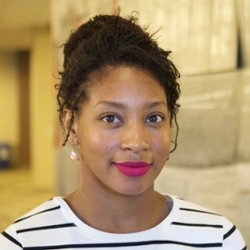 Growing up in Georgia as a black woman provided me with endless opportunities to better understand my culture. But somehow, I missed out on the chance to learn about and celebrate Juneteenth. Juneteenth or “Freedom Day” is celebrated on June 19th to recognize the day that emancipated enslaved people in Texas realized they were free. Their story, like so many others, begins in tragedy and ends with the bittersweet knowledge that freedom, at least physically, is now a reality. After poring over as much as I could to understand how and why Juneteenth came to be, I stumbled upon the stories of several individuals deeply affected by slavery and its aftermath.

In particular, one woman, Catherine “Miss Kitty” Boyd, had close ties to Emory University’s original campus in Oxford, Georgia, and has been the focus of many complex philosophical conversations about race, choice, and freedom. As a whole, we’ve tapped into the life of Miss Kitty before. Still, the true nature of her situation warrants reevaluation. You may have heard parts of her story before, but if not, I’ll give you a summary. Miss Kitty was transferred to Bishop James O. Andrew from his wife after she died. The popular story of her being given the option to be free in Liberia or to stay in the United States and live “freely” is often shared as a testament to how kind her masters were to her. Still, there’s one question that begs to be answered: Were the “choices” she was given really choices? Although what we know of Miss Kitty’s story takes place before the Emancipation Proclamation, her situation is very similar to those of the newly “freed” men and women that it affected.

Of the nearly 3.1 million enslaved men and women that were freed in the south, many were not genuinely emancipated until after the war was over. Not until two years after the Emancipation Proclamation was formally issued, did slaves in Texas truly become free from their enslavement. This is where Juneteenth comes in. This holiday is the anniversary of the day that Union Army General Gordon Granger read “General Order No. 3”, after occupying Texas. However, it is not the day that all slaves were set free. Slavery and its horrors continued to be ruled against in United States courtrooms for some time after June 19th, 1865, until all enslaved black people were free.

Presently, African Americans still wrestle with the effects that slavery has had on American culture, beliefs, and traditions. Systemic racism, inequality, and negative stereotypes still exists. To this end, I ask you to take some time to look into what Juneteenth is about and to consider ways that you can contribute to fighting racism through educating your children, friends, and family about its history and the harm that it can cause. Don’t know where to start? Check out some of the resources I’ve linked in this article and below or have a look at the Rose Library’s African American collection. This year, I’m taking the time to appreciate the meaning of Juneteenth fully. I’ll be reflecting on the sacrifices and struggles of my ancestors and their allies. You should join me.

For more information on African American History contact the Rose Library or visit their website.
Here are a few links to help you on your exploration of Juneteenth and African American culture: