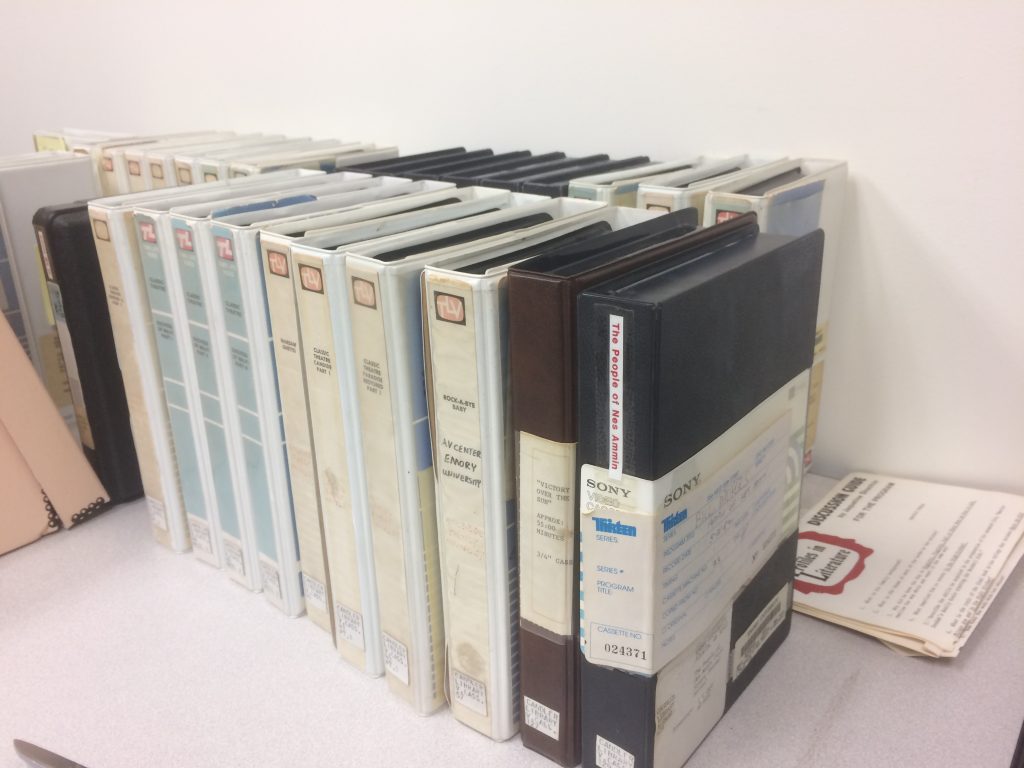 Video and audio recordings are an important part of the collections at Emory University. As recording formats change, user accessibility can become problematic.

Currently, we are in the middle of an ongoing project to digitize many out of print videos on Umatic tape, an obsolete format that has been out of use since the 1980s, for the Heilbrun Music and Media Library.  We have made efforts to locate these commercially released titles in more modern formats, but in cases where this has proved impossible, the original tapes are being digitized.  Many professors in Film Studies and other departments use these videos in their classes, and transferring them to digital form makes them accessible once more.  In some cases, these video tapes are in an advanced state of deterioration and require special treatment, just enough to get one last play out of them as the tapes are digitized. 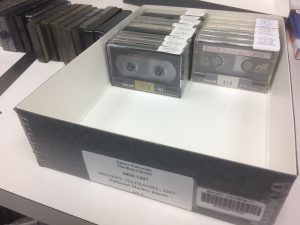 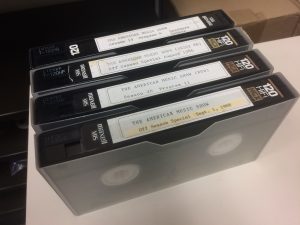 Another ongoing project is the digitization of VHS tapes from Rose Library’s collection of The American Music Show, a public access cable TV program that aired in Atlanta from 1981 to 2005.  This off-the-wall variety show featured musical performances, interviews, comedy sketches, and footage from Atlanta-area clubs and arts events, many of them LGBT-focused.  Drag performer and actor RuPaul, who made his television debut on this program, appears in many of the shows.

On the audio side of things, audio cassette recordings from Rose Library’s Nathaniel Mackey collection are being digitized.  Mackey was an African American poet who also worked as a radio host in Santa Cruz from 1982 to 2001.  Among these recordings are his show Tanganyika Strut, which featured jazz and world music.

A particularly challenging collection is Emory University Archives’ Center for Women at Emory Records.  While the majority of its AV has already been digitized, there is a large batch of DVDs and CDs that, rather than being just video or audio recordings like we’re used to dealing with, have turned out to be a mix of various file formats — and not limited to just audio and video — often on the same disc.  Untangling these and determining the best way to preserve them and make them available to researchers has been a joint effort among the Digitization Team, University Archives, and the Rose Library Digital Archives. 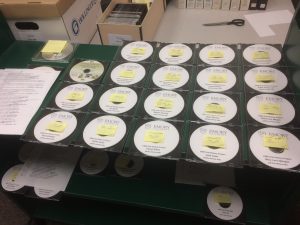