The Stuart A. Rose Manuscript, Archives, and Rare Book Library has acquired the papers of poet Richard Blanco, who became widely recognized 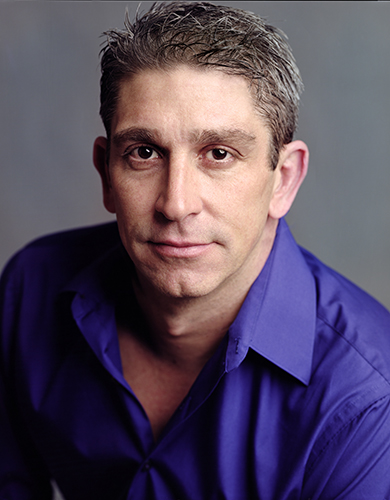 after reading his poem, “One Today,” at the second inauguration of former President Barack Obama in 2013.

The collection includes first editions of published books, commissioned and occasional poems (such as “Boston Strong”), drafts and critiques, unpublished works including essays, nonfiction and speeches, and correspondence with other authors and poets.

Blanco’s papers are now part of the Rose Library’s literature and poetry collections, connecting particularly with writers, activists, and artists who address matters of identity. They also dovetail nicely with the collection of letters written by a college-age Obama, acquired by the Rose Library and announced last fall, which revealed a young Obama’s search for his own sense of identity and purpose in life.

“From the moment Richard Blanco came to visit the Rose Library, we knew that his work was in perfect alignment with our collections,” says Rose Library director Rosemary M. Magee. “He engages in spirited conversation with other contemporary poets and thinkers. His voice is deep, true, and inclusive.”

The fifth inaugural poet in U.S. history, Blanco is the youngest poet to have served in this capacity, as well as the first Latino, immigrant, and openly gay poet to read at the U.S. presidential inauguration.

Blanco’s archive at the Rose Library

Among the materials are three poems that Blanco composed as inaugural possibilities; the drafts for “One Today,” with revisions and editorial comments; and a number of significant printed versions of the poem, including a first edition of the published poem and the first broadside printing of the poem, inscribed by President Obama to Blanco. There is correspondence with both Barack and Michelle Obama, as well as the manuscript for the 2013 book “For All of Us, One Today: An Inaugural Poet’s Journey.”

Blanco has visited Emory twice as a guest speaker of the Spanish and Portuguese department, in October 2016 and February 2017.

“They introduced me to the Rose Library, which put together, especially for me, a display of archival materials from some of my most revered poets,” Blanco says. “Right then and there, I fell in love with the library.”

As he talked with Magee, he says he learned of the library’s commitment to being a “living” archive that strives to use its materials to invite discussion and public discourse, making poetry a regular part of learning and research.

“As Presidential Inaugural Poet, I knew the Rose Library was the perfect home, not just for my papers, but for all I stand for in the name of poetry and its relevance to all,” Blanco says.

Richard Blanco’s life, from the start, has been about traversing boundaries. He was born in Madrid, Spain, where his family resided briefly after its exile from Cuba. They moved to New York City when he was an infant, then to Miami, where he was raised. On the advice of his parents, he obtained a BS in civil engineering from Florida International University (FIU) in 1991 and started work as an engineer.

He returned to FIU to earn his MFA in creative writing in 1997, launching his career as a professional poet. Blanco’s first book of poetry, “City of a Hundred Fires” (1998), won the Agnes Lynch Starrett Poetry Prize. Blanco pursued poetry full time, teaching at Central Connecticut State University as a creative writing professor while intermittently continuing his career as an engineer. He designed town revitalization projects in Miami while writing his second book of poetry, “Directions to the Beach of the Dead” (2005), then moved to Maine and completed his third book, “Looking for the Gulf Motel” (2012).

Even before his inauguration reading in 2013, Blanco’s work was becoming well known, and he has received numerous accolades for his poetry, including the Paterson Poetry Prize, a PEN/Beyond Margins Award, and multiple fellowships.

Blanco published a memoir, “The Prince of Los Cocuyos: A Miami Childhood,” in 2014, a funny and touching book about a young man born to Cuban immigrants, growing up in America and finding his artistic and sexual identity. In 2015, he released a children’s book, “One Today” (illustrated by Dav Pilkey of “Captain Underpants” fame) based on his inaugural poem.

His current projects include a blog he co-created with Cuban-American writer Ruth Behar called “Bridges to/from Cuba: Lifting the Emotional Embargo,” which shares the real lives and emotional histories of Cubans across the globe. His latest project is the fine-press book “Boundaries,” published in fall 2017 (Two Ponds Press), now in the Rose Library’s rare book collection, which features his poems paired with images from photographer Jacob Hessler.

“Richard Blanco’s work reveals his collaborative creative process, and he fully engages in energetic public discourse across the disciplines,” says Magee. “Like the Rose Library, he seeks to open up new avenues for dialogue.”

Blanco’s papers will be available upon request by the end of February 2018. More information about viewing collections is available on the Using Rose Library page at the Rose Library website.