Richard Blanco, who gained recognition after reading his poem “One Today” at the second inauguration of President Barack Obama in 2013, will 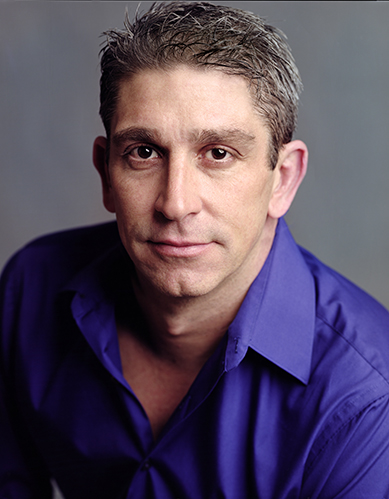 present his work on Saturday, Feb. 23, at 4 p.m. at Emory University’s Schwartz Center for the Performing Arts.

The event is open to the public at no charge. Tickets are not required, but seating will be limited. Books and a limited-edition broadside will be for sale at the reading, with a signing immediately after. Click here to add this event to your calendar and receive event updates.

Blanco is the youngest, first Latino, first immigrant and first gay person to serve as inaugural poet. He has visited Emory twice as a guest speaker of the Spanish and Portuguese department, in October 2016 and February 2017, and he placed his papers with the Stuart A. Rose Manuscript, Archives, and Rare Book Library last year.

“We are honored that Richard Blanco will return to Emory to share his poetry,” says Rose Library director Jennifer Gunter King. “His strong voice and clarity of vision resonate deeply with the Rose Library’s literature and poetry collections, and provide inspiration and insight for the University and the Atlanta community.”

The reading is part of the Raymond Danowski Poetry Library Reading Series, now in its 14th season.

Richard Blanco was born in Madrid, Spain, where his family resided briefly after exile from Cuba. They moved to New York City when he was an infant, then to Miami, where he grew up. On the advice of his parents, Blanco obtained a BS in civil engineering from Florida International University (FIU) in 1991 and started work as an engineer. He returned to FIU to earn his MFA in creative writing in 1997, launching his career as a professional poet.

Blanco’s latest book of poems, “How to Love a Country” (Beacon Press, 2019), explores immigration, gun violence, racism, and LGBTQ issues. His other works include “Boundaries” (2017), which features Blanco’s poems paired with Jacob Hessler’s photos. The book examines the boundaries of race, gender, class, and ethnicity, and challenges the historic and current physical and psychological dividing lines in the United States.

His first book of poetry, “City of a Hundred Fires” (1998), won the Agnes Lynch Starrett Poetry Prize. His other books of poetry include “Looking for the Gulf Motel” (2012), and “Directions to the Beach of the Dead” (2005). Blanco has received numerous accolades for his poetry, including the Paterson Poetry Prize, a PEN/Beyond Margins Award and multiple fellowships.

Blanco published a memoir, “The Prince of Los Cocuyos: A Miami Childhood,” and released a children’s book, “One Today,” based on his inauguration poem. He also continues a blog he co-created with Cuban-American writer Ruth Behar called “Bridges to/from Cuba: Lifting the Emotional Embargo,” which shares the real lives and emotional histories of Cubans across the globe.

His upcoming reading is sponsored by Emory Library and Information Technology Services (LITS), the Rose Library, the Hightower Fund, and the Creative Writing Program at Emory.

The Schwartz Center is located on the Emory campus at 1700 N. Decatur Rd. in Atlanta, 30322. Parking is available in the Fishburne deck. For disability-related accommodations, please contact Emory Libraries events manager Maya Cody in advance at 404-727-7620 or maya [dot] cody [at] emory [dot] edu.