Update on Jan. 17, 2018: This event is postponed, due to inclement weather causing Emory University to close on Jan. 17 and Jan. 18. We hope to announce a rescheduled date in the near future.

Poet Kevin Young will give a free reading at 4 p.m. on Thursday, Jan. 18, 2018, in the Jones Room at Emory University’s Robert W. Woodruff Library. Young will read from his new nonfiction book, “Bunk: The Rise of Hoaxes, 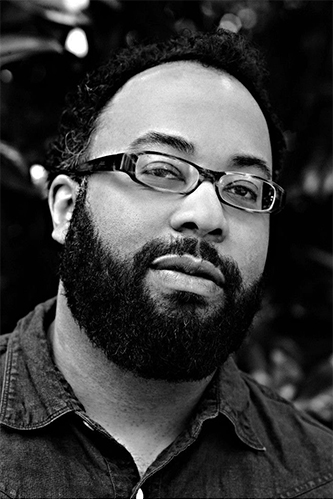 “We’re thrilled to have Kevin Young back on campus,” says Rosemary M. Magee, director of the Stuart A. Rose Manuscript, Archives, and Rare Book Library. “His book provides a fascinating history of hoaxes and mistruths, and having him here to share his insight on these topics is sure to intrigue those who interested in both past and current examples.”

Attendees are asked to register at http://bit.ly/kevin-young-bunk-register.

Young, who served as curator of literary collections and of the Raymond Danowski Poetry Library at the Rose Library for nine years, is University Distinguished Professor at Emory and the director of the Schomburg Center for Research in Black Culture in Harlem, a research unit of the New York Public Library. He also became the poetry editor of The New Yorker this year.

Young is the author of twelve books of poetry and prose, most recently “Blue Laws: Selected & Uncollected Poems 1995-2015,” longlisted for the National Book Award; “Book of Hours,” a finalist for the Kingsley Tufts Poetry Award and winner of the Lenore Marshall Prize for Poetry from the Academy of American Poets; “Ardency: A Chronicle of the Amistad Rebels,” winner of an American Book Award; and “Dear Darkness.” His collection “Jelly Roll: A Blues,” was a finalist for both the National Book Award and the Los Angeles Times Book Prize.

“Bunk,” published in November, was longlisted for the National Book 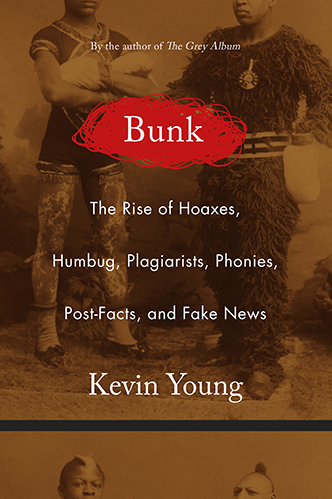 Award and named a New York Times Notable Book, a New York Times Book Review “Editors’ Choice” selection, an NPR “Best Book of 2017,” and a Los Angeles Times “Best Book of 2017.” Young’s previous nonfiction book, “The Grey Album: On the Blackness of Blackness,” won the Graywolf Press Nonfiction Prize and the PEN Open Book Award; it was also a New York Times Notable Book for 2012 and a finalist for the 2013 National Book Critics Circle Award for criticism. He is the editor of eight other collections, most recently “The Collected Poems of Lucille Clifton, 1965-2010” and “The Hungry Ear: Poems of Food and Drink.” Young was inducted into the American Academy of Arts and Sciences in 2016.

The reading is co-sponsored by the Rose Library, Emory College of Arts and Sciences, and the Creative Writing Program at Emory. For disability-related accommodations, please contact Emory Libraries events manager Maya Cody in advance at 404-727-7620 or maya [dot] cody [at] emory [dot] edu.