Search for these books and more in our catalog- DiscoverE

It's summertime, and either you're finding yourself lounging around on vacation with a good book, or you've been handed a list of “classics” to read before school starts. Whether you're approaching your next read from a place of leisure or education, we'd like to show you some staff favorites which can be found, most in their first edition glory, right here in the MARBL stacks.  We invite scholars and casual observers alike to experience all of our collections, and hope that if you have an interest in first editions, you'll find your way to MARBL to see how some of your favorite books looked when they were first printed. Here are a few staff selections to get you started: 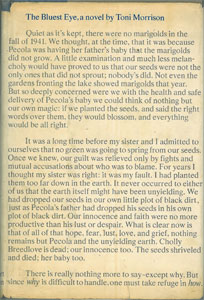 MARBL has two copies of Toni Morrison's first novel, The Bluest Eye, one from the library of Louise Thompson Patterson, and one with the autograph of Lucille Clifton. The personal papers of both Patterson and Clifton can also be found in MARBL. 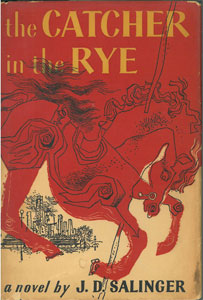 The Catcher in the Rye is a summer reading list staple. MARBL has both the first edition pictured here, as well as a second edition signed by the author. 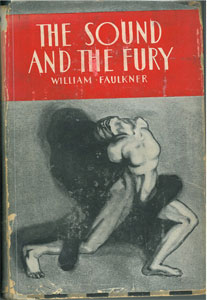 The Sound and the Fury,William Faulkner, 1929

There are many iterations of The Sound and the Fury by William Faulkner depending on its edition, but did you know the first edition's cover was so intense? 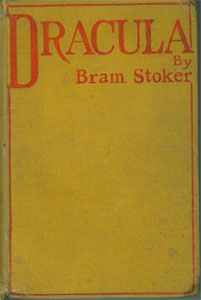 Contrasting The Sound and the Fury's cover is this simple fabric one for MARBL's first edition, second issue of Bram Stoker's Dracula. 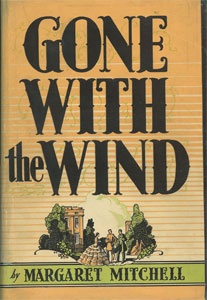 Gone With the Wind,Margaret Mitchell, 1936

MARBL is home to a number of first edition copies of Atlanta native Margaret Mitchell's classic Civil War-era novel, Gone With the Wind. This one in particular is signed by Mitchell herself. 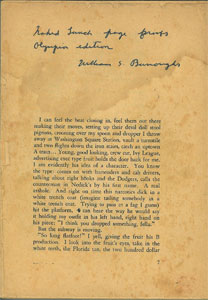 Not only do we have first published editions of books, but we also have proof copies which were sent to authors prior to publication. This is William S. Burrough's proof copy of Naked Lunch which is part of the Raymond Danowski Poetry Library.

While the contents of a book may remain the same, what makes one copy more interesting or more rare than another can depend on a great number of factors, with edition being only one of them. Previous ownership, inscriptions, binding, or the presence (or lack) of a dust jacket could all come into play. An example of this is the exquisite cover of Uncle Tom's Cabin above. It's not a first edition, though it is an early imprint, but it's a treasure to us because of the craftsmanship involved in the binding, which was done later by Kelly & Sons.

There are many things to take into consideration when designating something “rare”, and we hope that you'll come up and visit us to learn more about what can't be seen and enjoyed simply by reading a classic on a Kindle (though we love those, too!) Enjoy the rest of the summer, and come up and see us soon!