Walter Rodney was a legendary historian, scholar and activist, tragically assassinated by the dictatorship in Guyana in 1980, when he was just 38 years old. His work is studied, celebrated and emulated throughout the world, to this day, in large part due to his honest and non-dogmatic engagement with Marxism, Pan-Africanism and Black Nationalism. 2018/2019 mark the emergence of one entirely new and widely unexpected book by Rodney, The Russian Revolution: A View From The Third World, and two new editions with significant new content, The Groundings With My Brothers and How Europe Underdeveloped Africa, all published by Verso Books, as the result of a broad relationship established between the Walter Rodney Foundation and Verso. 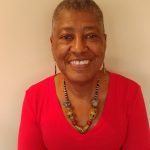 Dr. Rodney is also the CEO, of The Walter Rodney Foundation (WRF) www.walterodneyfoundation.org formed by the Rodney Family in 2006 and is headquartered in Atlanta. The WR Foundation is committed to sharing the life and works of Walter Rodney with students, scholars and community activists around the world.